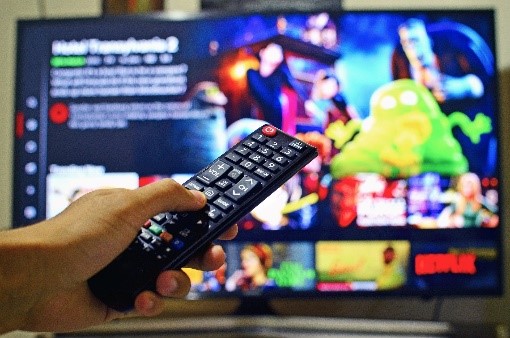 Directive (EU) No. 2018/1808 of the European Parliament and of the Council, adopted on November 14, 2018 and amending Directive 2010/13/EU (AVMS Directive), has (finally) been transposed into French law, via the Order of  December 21, 2020. This directive is part of a context of international competition on the one hand and profound transformation of the audio-visual and the evolution of demand on the other hand.

Redefinition of the essential concepts of the 2010 European Directive

The Order deals with essential concepts that one needs to fathom to understand the issues at stake. First of all, what are audio-visual media services (AVMS)? There are two types:

The Order also calls into question certain principles, such as the old principle of media chronology resulting from a 1960 legislation. This legislation coordinated the diffusion of films, after their release in cinemas, to optimise their profitability.

The Order transposing the Directive has implemented several measures aiming to ensure the effective contribution by market players and to protect both the minors and the public.

The system of financing national cinematographic and audio-visual creations has indeed been completely revised by the Directive. From now on, the country of origin principle applies: each EU Member State may exercise its production contribution regime to foreign VOD (Video On Demand) channels and platforms offering a service on the territory of that Member State.

While this principle is a leading point of the reform, the AVMS Directive also acknowledges the profound changes in multimedia by extending audio-visual regulation to video-sharing platforms, social networks and live video platforms. This way, Brussels wishes to protect minors against certain harmful content and harmonise the legal framework of the European audio-visual sector.

Reform of the 1986 Act and safeguarding the French cultural exception

France wanted to implement the directive and collaborate in the European project while defending the French cultural exception. The Order is mainly concerned with reinforcing the rules of transparency for service publishers and with establishing more complete objectives, such as the inclusion of the system of funding for production (particularly independent production) over time, but also the guarantee that French broadcasters and global platforms are on an equal footing.

Article 19 of the Order, therefore, now requires “publishers of television services and on-demand audio-visual media services aimed at French territory” “when they are not established in France and do not fall under the jurisdiction of France”, to financially contribute in the same way as French publishers do.

Article 28 substantially reforms the principle of media chronology and now allows the industry players to negotiate an agreement with the professional organisations within six months to reduce broadcasting delays.

Extension of the powers of the CSA and protection of minors

As platforms are now part of the regulatory landscape, the CSA has seen its competencies and powers broadened and, in particular, has been assigned two new essential missions: the accessibility of AVMS programmes, and the protection, in particular of minors, against content that is violent, incites hatred or constitutes a criminal offence. The CSA will then have jurisdiction if the head office or a subsidiary of the platform is established in France.

Furthermore, the CSA is also in charge of ensuring that publishers have issued guidelines of best practice (particularly regarding food advertising to which minors could be exposed) and highlighting audio-visual services of general interest on new audio-visual platforms.

In addition, the Order completes Article 15 of the 1986 Act by prohibiting in programmes not only incitement to hatred and violence but also a provocation to commit acts of terrorism, while entrusting the CSA with the task of ensuring that these provisions are respected.

If the Oder is already a significant step forward, the implementing decrees are just as important. In particular, on June 23, 2021, the audio-visual media services on-demand decree (or SMAD decree n°2010-1379 of November 12, 2010) was published in the French Journal Officiel, which probably represents the most valuable step in the project to modernise the financing of French and European audio-visual services. Among other things, SMADs will have to devote at least 20% of their turnover in France to finance the production of European or original French cinematographic and audio-visual works.

Finally,  negotiations are underway between TV channels and producers’ representatives about reviewing a second decree known as “DTT” (Digital Terrestrian Television decree No. 2010-747 of July 2, 2020), which defines the production obligations of TV channels. The points discussed concern particularly the sharing of copyright on works between producers and TV channels and the lasting of these rights.

We are a law firm with a unique expertise in the exploitation of intangible assets. We keep you updated on issues related to intellectual property and the digital economy through articles written by the Dreyfus legal team.

♦ How will the Digital Services Act change the legal framework for Internet services?