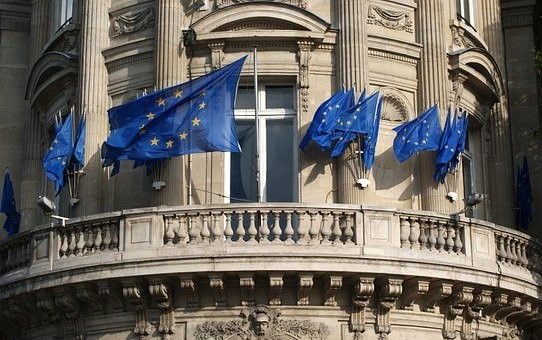 Digital Services Act : For the first time, a common set of rules on the obligations and liability of intermediary services within the single market will open up new possibilities to provide digital services on the Internet across borders, while ensuring a high level of protection to all users, wherever they live in the European Union.

On December 15, 2020, the European Commission published the Digital Services Act (DSA) and Digital Market Act (DMA) draft regulations, which should allow the implementation of a new regulatory framework, to put an end to the lack of responsability of digital giants.

Said regulations should come into force at the beginning of 2022.

The legal framework relating to digital services on the Internet remained mainly governed by the so-called “Electronic Commerce” directive of June 8, 2000, which for several years has already been met with numerous criticisms on the grounds that it has become obsolete and no longer allows to respond effectively to the new digital challenges and the difficulties posed by the emergence of Web giants, often referred to by the acronym “GAFAM” (for Google, Apple, Facebook, Amazon and Microsoft).

It is in this context that the European Commission officially announced its desire to modernize the regulatory landscape relating to digital platforms on the Internet.

As part of its strategy for a digital single market and alongside the Digital Market Act, the European Commission is proposing a regulation on digital services which will be subject to the ordinary legislative procedure of the European Union.

For Margrethe Vestager, executive vice-president for a Europe adapted to the digital age, “the two proposals serve the same purpose: to ensure that we, as users, have access to a wide choice of products and services online, securely. And that businesses operating in Europe can compete freely and fairly online just as they do offline. They are two sides of the same world. We should be able to shop safely and trust the information we read. Because what is illegal offline is also illegal online”.

According to the press release from the European Commission, the rules provided for by this regulation aim to better protect consumers and their fundamental rights on the Internet, to put in place a solid framework for the transparency of online platforms and clear rules with regard to their responsibility, and finally to foster innovation, growth and competitiveness within the single market.

For the first time, a common set of rules on the obligations and liability of intermediaries within the Single Market will open up new possibilities to provide digital services across borders on the Internet, while ensuring a high level of protection for all users, wherever they live in the European Union.

In order to protect Internet users against the proliferation of illegal content and to adapt the existing legal framework to the emergence of new players on the Internet, public authorities have considered various regulatory strategies.

Illegal content is defined as any content that does not comply with European Union law or the national law of a Member State (Article 2, g). In other words, the proposed regulation does not define what is illegal, but refers to European and national laws and regulations.

The directive of June 8, 2000 did not define the concept of illegal content either.

Who will be affected by the new rules?

The proposed regulation aims to apply to any provider of intermediary services, whether established in the EU or not, as long as the recipients of such services are established or reside in the EU.

As for intermediary service providers, the proposal maintains the qualifications as provided for in the directive of 8 June 2000, namely network access and data transmission providers, caching operators and hosting providers.

Tthe proposal introduces a new qualification: online platforms. These are defined as hosting service providers who, at the request of the recipient of the service, store and distribute content to a potentially unlimited number of third parties (Article 2, h). Thus, unlike hosting providers, these players also allow content to be distributed.

Note that the proposed regulation makes a distinction between platforms and “very large” platforms. The latter are those that exceed the threshold of 45 million users per month. Said threshold will be reassessed every six months. Indeed, in addition to a set of common rules applicable to any platform, the proposal provides for a reinforced legal framework for “very large” platforms.

Under the directive of June 8, 2000, the platforms were qualified as hosts on several occasions by the courts. Consequently, they currently benefit from a reduced liability regime provided for in that directive.

Thus, these actors are only responsible with regard to the published content if they have effective knowledge of its illegal nature or if, once they have become aware of it, they have not acted promptly to remove it or to make its access impossible.

Is a new liability regime planned?

However, compared to hosting providers, platforms will have additional obligations which may vary depending on their size.

In addition, unlike the directive of June 8, 2000, the proposal clarifies that content moderation systems voluntarily put in place by intermediary service providers (hosts, platforms, etc.) do not call into question the benefit of the lightened liability regime provided for in the proposal.

The DSA will thus set up control and monitoring mechanisms. At European level, this will be done through a new, fully independent body: the “European Digital Services Committee” (Art. 47-49) in charge of the committee’s advice and national coordinators.

At the level of the Member States, each will have to designate one or more authorities to ensure the application of the future regulation, including one responsible for the coordination of digital services (Articles 39 to 45). The entire framework will be supplemented by soft law: standards, code of conduct, in particular with regard to online advertising (art. 36).

The DSA is thus presented as an ambitious overhaul of the European legislative framework for digital services on the Internet.

A major project in Brussels, the Digital Services Act (DSA) tends to govern digital technology on the old continent for the years to come. In preparation for many months, the text was officially presented in mid-December 2020 and should enter into force in the next 18 to 24 months after agreement of the Member States and vote of the European Parliament.

In order to offer our clients a unique expertise, necessary for the exploitation of intangible assets, we keep you informed about intellectual property and digital economy issues with our articles written by the Dreyfus’ legal team.