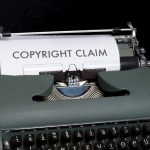 The auction house Camard used the services of a photographer to produce photographs for the different auction catalogues. They subsequently observed that Artprice.com had digitised these catalogues and published them online in their database, without authorisation.

The photographer and Camard instituted legal proceedings against Artprice.com for infringement, on the grounds that the website breached their copyright on the photographs and catalogues in question. The Court of first instance of Paris rejected the application from Camard and the photographer due to the lack of originality in the sense of creation of copyright. The parties then appealed against this decision.

The Court of Cassation confirmed this judgment following the appeal brought by Artprice.com. To do so, the judges examined in detail the photographs and the catalogues to assess their level of originality with respect to articles L.111-1 and L.112-2 of the Intellectual Property Code.

They noted that the catalogues were presented following a “methodical and ordered presentation of lots, a note on the biography of the authors of the works and a description of the works placing them in their historical, cultural and social context”. The pieces of furniture were also represented by old photographs of the rooms they were displayed in, in a manner “organised by motif, period, school or region…”. All these elements are therefore the expression of “an aesthetic decision imprinted with the personality of the authors of the catalogues”.

The judges also agreed that the photographs presented in the catalogues were the fruit of “personal aesthetic choices” of the authors, with respect to the positioning, framing or the particular take on the items or through the creation of a particular dynamic between the items presented and the adjustment of the colours and contrasts.

This judgement brought to an end an affair that was highly instructive as it enabled a better apprehension of the way the judges assessed the criterion of originality, which is an abstract concept in the field of copyright. In this case, the authors not only designed the catalogues with faithful representation of the items on sale but they also performed authentic work, the fruit of personal choices and aesthetic decisions.