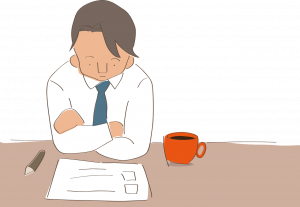 While one generally refers to the “three criteria” of the UDRP (a trademark similar to the domain name; the absence of rights or legitimate interests of the defendant in the disputed domain name; and the bad faith of the registrant), it should be kept in mind that bad faith in UDRP matters has two aspects: the first is bad faith registration and the second is bad faith usage. Therefore, proving only one of these elements is insufficient even though it may be considered “fair” that a name used in bad faith should be transferred to the applicant.
In the present case, Great American Hotel Group, Inc. complained that its former vice-president retained the domain name <greatamericanhg.com> and changed the password of the account used to manage this name with the registrar.

It all started in 2011 when the applicant decided to adopt the name Great American Hotel Group. Its president at the time asked Mr. Greene, then vice-president of the company, to reserve the domain name <greatamericanhg.group>.
The latter did so, but – apparently without notifying his superior – reserved the domain name in his name instead of that of the company. He did, however, record the company’s postal address, and pay with the company card. In 2012, he hired an anonymity service to hide his data.

Since its registration, the name had been used for the company and Mr. Greene had always treated the domain name as part of the company’s assets.

However, following disagreements, Mr. Greene was suspended from office in 2015 and dismissed in 2016. In 2017, the name was renewed by the company’s technical teams even though Mr. Greene was no longer present. However, the latter subsequently changed the password so that the name could no longer be renewed by the company. The applicant’s counsel proceeded to send Mr. Greene a letter of formal notice, which remained unanswered, leading to the filing of a UDRP complaint.

Nevertheless, the panellist was more sceptical regarding the issue of bad faith registration. Indeed, the name had been reserved by Mr. Greene at the request of the president of the applicant company, which, in principle, had, in fact, been a registration in good faith.

In order for registration by an employee to qualify as having been done in bad faith, the panellist specified that the employee must have, from the beginning, had “an intention to cause harm”. Therefore, the evaluation must be factual and done on a case-by-case basis.

In this case, Mr. Greene had registered the domain name in his own name. The panellist found that “this may be subject to questioning, and the fact that he did not mention the company does not constitute a good domain name management practice”, however, the president and the company seemed to be equally as uninterested in formalizing the reservation of the name.

For four years, until he was suspended from his functions, the registrant had always displayed conduct that demonstrated that he understood that the name belonged to the company. Thus, there is no reason to suppose that by reserving the name four years earlier, he had intended to compete with the applicant or to benefit from some type of tactical advantage against him.

Consequently, the plaintiff’s complaint was dismissed as the registration in bad faith had not been established. Nevertheless, the panellist specified that the applicant could turn to other avenues to try to obtain relief.

The significance of this decision, in addition to highlighting the dual condition of bad faith, is that it reiterates the need to set up an internal naming charter to avoid any dispersion of assets, both in terms of trademarks and domain names.