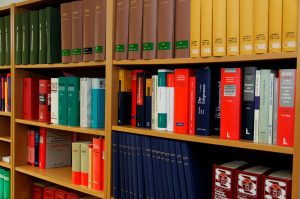 The Swiss company Blockwords AG, formerly known as Swiss Future Project AG, operates an encryption exchange under the sign SCX, which was registered as a Swiss trademark on December 19, 2017.

The company has filed a UDRP complaint with the WIPO Arbitration and Mediation Center for the transfer of the domain name <scx.ch>, alleging, among other things, that it infringes its trademark rights.

This domain name was registered on April 23, 2001 and acquired by the Swiss company in March 2018.  In March 2019, the name was transferred to the company SwissClass Trade AG, which subsequently sold it to the Respondent in the same month for more than EUR 60,000.

The Swiss company claims that a fraud was committed when the domain name <scx.ch> was transferred to SwissClass Trade AG due to the absence of two signatures from Blockworks AG which would have made the transfer legal.

In addition, it considers that the transfer of the domain name is the result of a mismanagement on the part of a former member of the board of directors.  Ultimately, the complainant fears misuse of the domain name by the Respondent although the latter has not changed the services offered on the website in question, which remain those of the Complainant.

The Complainant’s position is not supported by the expert who believes that there was no fraud in the sale and transfer of the domain name to SwissClass Trade AG since the sale was signed by two legal representatives of the Complainant’s company. Therefore, the applicant cannot both sell its domain name and subsequently request its transfer. Furthermore, the expert did not accept the argument of mismanagement by one of the former members of the company’s board of directors, due to insufficient evidence.

The expert acknowledges, however, that the situation raises some questions: why did the Respondent purchase this domain name for more than 60,000 euros and what was its intention, even though it could immediately see that the name referred to a third party’s site?

The expert concludes that the complaint should be rejected. Due to the complex facts of the case, he is of the opinion that a judicial procedure would be more appropriate to gather the various pieces of evidence and to rule on them.

This scenario once again illustrates two problems. The first concerns the internal management of domain names: optimal security must always be ensured so that there is no risk of losing control of the names. The second issue related to the fact that UDRP is not an appropriate forum for all disputes. In the present case, it seemed clearly impossible to resolve the dispute between the parties without ruling both on the relationship between Blockwords AG and SwissClasse Trade AG and between Swiss Classe Trade AG and the Respondent.