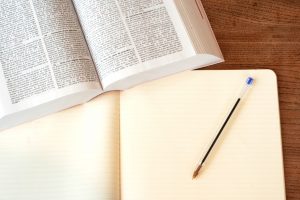 The French company Adventure is specialized in the sale of paramotors. It owns the French semi-figurative trademark including the terms “adventure” and “paramotor” as well as the domain names “paramoteur.com” and “adventure-paramotors.com”.

The company has filed a UDRP complaint before the WIPO Arbitration and Mediation Center against the domain name <adventureparamotorsusa.com>, claiming that it infringes its rights.

The dispute between the parties arises as a result of the Respondent’s refusal to comply with this request. Indeed, the latter is ready to close the website on the condition that the complainant pays him $10,000, a sum that would represent the investment made by the Respondent for the construction of the website.

The French company maintains that the website associated with the disputed domain name was created by the Respondent without the prior express authorization of the Complainant.

The Complainant’s position is not supported by the expert, who considers that it fails to demonstrate that the Respondent registered and used the domain name in bad faith. The expert states: “the domain name was registered on March 14, 2018, the month the parties entered into their commercial agreement. It is also the month when the parties met to discuss the agreement (…). The panel assumes that the parties must have discussed during that March 2018 meeting the means by which the Respondent planned to promote the Complainant’s products in the United States (…). After all, the plaintiff must have known that the defendant would have an online presence and, usually trademark owners are concerned about whether these marketing elements (…) are in line with the image of the trademark. Similarly, the expert notes that “in none of the exchanges (…) between the parties during the term of the agreement did the Complainant argue about the registration of the domain name by the Respondent”.

The expert ruling on the case concludes that the complaint should be dismissed.

In addition, he also states that the complaint was filed in bad faith by the Complainant, seeking to deprive the Respondent of ownership of its domain name.

Indeed, the UDRP procedure is not a tool for deliberately depriving a respondent of a domain name in circumstances that are outside the policy of the procedure.

In regards to the facts of the case, the Complainant clearly should have known that its complaint could not succeed since the respondent had registered the domain name in good faith.

Thus, great care must be taken with regard to the portfolio of domain names related to the company name or trademarks, as these are valuable assets. Drawing up a restrictive naming charter makes it possible to prevent as far as possible any dispute regarding the ownership of names that may arise with business partners.

Dreyfus firm, an expert in trademark law, can help you with the management of your domain names and trademarks portfolios.