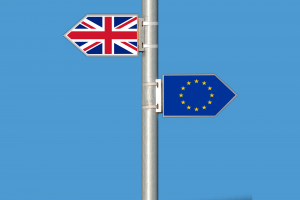 However, once this period expires, they will no longer be able to register domain names with the <.eu> extension, nor to keep those they already hold, unless they comply with the requirements. The EURID originally detailed a comprehensive plan that was supposed to be implemented from November 1, 2019, the date when the United Kingdom was due to leave the European Union. It will finally apply at the end of the transition period, although no precise deadlines have yet been set. Once the transition period ends, only the following persons are entitled to register domain names in <.eu>: a citizen of the European Union, regardless of his/her place of residence; a natural person who is not a citizen of the Union European but is a resident of a Member State; a company established in the Union; or an organization established in the Union, without prejudice to the application of national law.

Thus, for already registered domain names, registrants will be able to update their contact details in an attempt to maintain their assets. In particular, they will have to indicate a country code of citizenship corresponding to a Member State of the European Union of 27 regardless of their residence or establish an entity legally established in one of the eligible Member States of the European Union of 27 or the EEA. All registrants who do not comply with these eligibility rules will see their domain names cancelles such the domain names will then be available for registration to all.

As non-compliant domain names will be withdrawn, it is appropriate to carry out a thorough analysis of registrants’ domain name portfolios to see whether any of their registrations is at risk.