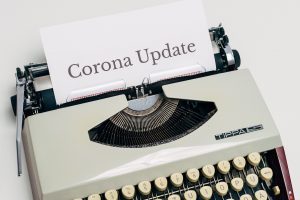 The whole world’s been in slow motion since the Covid-19 virus spread. Thus, state governments are doing their best to maintain the continuity of the administration despite the implementation of containment measures,. Since an ordinance of March 16, the offices have decided to extend procedural deadlines that expired during this period of health crisis.

Here’s a list of the provisions that offices have put in place in order to allow better management of procedures related to trademarks, as well as patents.

The INPI decided in its order n°2020-32 of March 16, that the deadlines for proceedings relating to patents, trademarks and designs will be extended to 4 months for procedures concerning patents, trademarks and designs. However, the deadlines for priority for international extensions, for payments for patent and supplementary protection certificate filing, which are subject to supranational provisions, have been excluded.

The order adds that “in the event of failure to comply with a deadline, the health crisis will be taken into account when examining the procedures for appealing for restoration or for a forfeiture statement to the INPI. »

It should be noted that the bill put in place by the government was adopted by Parliament on March 2: the aim is to enable the Government to legislate by ordinance in many areas, including that of intellectual property. This ordinance thus includes provisions concerning the extension of the deadlines stemming from the Intellectual Property Code, including those relating to the opposition procedure.

In accordance with the new order dated March 25 (No. 2020-306), the INPI extended the delay of deadlines for procedures concerning trademark oppositions, trademark renewals or design extensions : it allows to benefit from thecorresponding grace period or for the filing of an administrative or judicial appeal.

In this way, it extends the deadlines which expire between March 12th and June 23rd. The statutory deadline for taking action runs until July 23rd if the initial deadline was set for one month, and until August 23rd if it was for two months or more.

The INPI is already planning to extend its deadlines until July. In the weeks to come, it will be necessary to closely monitor the news from the office.

The Office had stated in its Decision No. EX-20-3 issued on March 16, that all deadlines expiring between 9 March and 30 April 2020 included, would be automatically extended until May 1st, 2020. Since May 1st is a public holiday, the deadlines were therefore extended until May 4, 2020.

EUIPO subsequently explained its decision on March 19. By the expression “all deadlines”, it meant all procedural deadlines, whether fixed by the Office or of a statutory nature. “They are stipulated directly in the Implementing Regulation,” with the exception of the deadlines relating to matters not covered by certain regulations, such as that on the European Union trademark (2017/1001). It is therefore applicable to all procedures, whether for trademarks, patents, renewals or opposition proceedings.

More recently, on April 29, WIPO’s Executive Director issued the Decision No. EX-20-4, extending all deadlines expiring between May 1st and May 17, to May 18, in order to further support and assist users during the COVID-19 pandemic.

In the opinion (No. 7/2020) issued on March 19, WIPO introduced possible remedies for failure to comply with the deadlines under the Madrid system and modalities for the extension of the deadlines when the national offices are closed.

With regard to the international registration of trademarks, WIPO added that the extension of the deadlines is automatic in the event that an IP office is not open to the public.  Therefore, if a deadline for a provisional refusal expires on the day an office is closed, it will be extended on the first day following the opening of the office.

The opinion adds that, with regard to trademarks, applicants may request the continuation of the procedure without having to justify themselves, in particular for all matters relating to an international trademark application, a request for registration, a request for modification of a subsequent designation, etc…

WIPO has also recently announced automatic extensions of the deadlines in cases where a national IP office is closed to the public and in the event of disruption in postal or mail services.

In a press release of March 16 and 19, USPTO had announced that it was waiving the late fees in certain situations for applicants affected by the coronavirus, as well as the requirement of an original handwritten signature in ink for certain documents.

On April 28, USPTO announced an extension of the deadlines up to May 31, 2020. This means that some actions that were due in this period can be postponed to 1 June. The USPTO gives an extension for certain deadlines between March 27 and April 30. This period runs to 30 days from the original deadline.

In order to obtain the extension, applicants or patentees must “submit a declaration that at least one person responsible for the delay has been affected by the COVID-19 pandemic, due to office closures, financial problems, inaccessibility of records, illness of a family member, or other similar circumstances. »

-The Canadian Intellectual Property Office is extending the deadline to July 6th, 2020.

–The German Patent and Trademark Office affirmed in a statement dated May 11 that the extension of the deadlines will be until June 2.

–UKIPO, the United Kingdom Office declared on May 7, 2020 that all deadlines falling on or posterior to March 24, 2020 (being those interrupted days) will be extended to the following interrupted day. The period of interruption will end on July 29th. This extension applies to most deadlines for patents, trademarks, supplementary protection certificates and designs.

–The Benelux Organisation for Intellectual Property is the most rigid office. Indeed, in a press release dated March 16, it discloses that trademark applications referring to coronavirus will be refused registration. However, in a press release of March 20, it revised their position by saying that “the BOIP will not withdraw any application or procedure because a given deadline has not been met. This also applies to opposition proceedings not filed on time or to payments not made on time”. These measures will be applicable until May 20, 2020, at least.

The WIPO website regularly updates information on the provisions adopted by various intellectual property offices in order to keep abreast of the various communications that offices can make around the world. With the introduction of deconfinement measures in some countries, including France, it will be necessary to closely follow the future news.

Dreyfus can assist you in the management of your trademarks portfolios in all countries around the world. Do not hesitate to contact us.