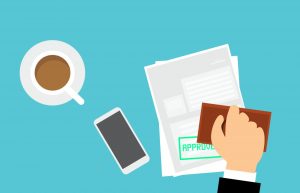 The first criterion of the UDRP – which generally does not pose any difficulty – consists in the applicant demonstrating that a trademark in which he has rights is recognizable in the disputed domain name.

The text of the UDRP Guidelines, available on the ICANN website, is as follows: “Your domain name is identical to, or confusingly similar (note: potentially confusingly similar) to, a trademark or service mark in which the complainant has rights. It is not clear whether the applicant must simply be the owner of the mark, or whether he must also be the registered owner of that mark.

This point must be considered when reading the case of a Bermudan company Symphony Holdings Limited, against the Swiss defendant Jaimie Fuller of Fuller Consultancy concerningthe domain name <skins.net>

The applicant had submitted a copy of an agreement by which it had acquired a list of assets belonging to SKINS International Trading AG (“SITAG”), the registered owner of the mark.

However, this agreement was found to be insufficient, as the precise list of acquired rights was not provided. It was, therefore, not possible to verify that the trademark in question was part of it. All the more so since the contract specifies that all assets are transferred except for those already transferred in 2012 to a Japanese company.

This might lead to the conclusion that if the applicant had provided the list of the transferred trademarks, then the claimed trademark would have been accepted by the experts. The experts stated that they could have issued a “panel order”, i.e. a request for additional documentation. However, they did not do so because the dispute seemed too complex to be resolved via the UDRP procedure. In fact, at the time of the auction of SITAG’s assets, the defendant was one of the applicant’s competitors.

It should be noted that the Respondent had itself acquired the domain name in question, which belonged to SITAG, through an agreement.

On the one hand, this decision may help to recall a fundamental principle of trade mark law: registrations relating to trade marks should be done, in particular in assignment or licensing cases, in order to avoid being harmed subsequently, in the event of a court action, for example.

On the other hand, the decision also emphasizes that the UDRP procedure is not appropriate for all domain name disputes. It is tailored for disputes between a right holder and a cybersquatter. Commercial disputes between companies have no place here.

Thus, it is necessary to be vigilant with regard to all aspects of the procedure. The question of rights, which may seem elementary, must be perfectly taken care of in that the absence of valid proof of the trademark right will necessarily lead to the failure of the complaint, even if the case is more obvious than the one currently under discussion.