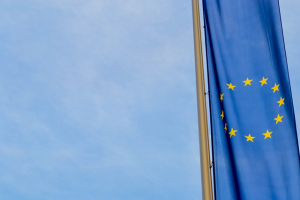 It is possible to bring an actionbefore a national court with the purpose proving an infringement of the EU trademark in that Member State, even if the third party has advertised and marketed his goods in another Member State.

That reference was made in the context of a dispute between the parties:

– The applicants : AMS Neve, a company founded in the United Kingdom, for manufacturing and marketing audio equipment, represented by its director Mr Crabtree.  Barnett Waddingham Trustees “BW Trustees” is the trustee;

The applicants are the owners of the European Union trademark and of two trademarks registered in the United Kingdom.

Having discovered that Heritage Audio was marketing imitations of AMS Neve products bearing or referring to a sign identical or similar to the said EU and national trademarks and was advertising those products, they brought an action for infringement of an EU trade mark before the Intellectual Property and Enterprise Court in the United Kingdom.

Then, in order to prove the  infringement in the European Union, they provided screen shots from that website showing offers for the sale of audio equipment bearing a sign identical or similar to the European Union trademark. They underlined the fact that these offers are in English and that a section entitled “where to buy” is available on the website, listing distributors in various countries. In addition, they argued that Heritage Audio accepts orders from any Member State of the European Union.

While the Court agreed to rule on the protection of national intellectual property rights, it found that it lacked jurisdiction to rule on the infringement of the EU trade mark at issue.

The appellants appealed against that judgment to the United Kingdom Court of Appeal, which decided to enforce a stay on proceedings and to refer the following questions to the Court for a preliminary ruling:

– Does a national court of a Member State A have jurisdiction to rule on an action for infringement of the EU trademark on account of its advertising and marketing of goods carried out in Member State B?

– If so, what criteria should be taken into account in determining whether the company has taken active measures regarding the infringement?

The answers given by the CJEU are as follows:

– the plaintiff, depending on whether he chooses to bring the infringement action before the EU trademark court of the defendant’s domicile or before that of the territory in which the act of infringement was committed or threatened to be committed, determines the extent of the territorial jurisdiction of the court seized ;

o when the infringement action is based on Article 97(1), it shall cover acts of infringement committed on the territory of the Union (where the action is brought before the court of the defendant’s domicile or, if the defendant is not domiciled in the European Union, in the State in which he is professionally established);

o when it is based on paragraph 5 of the same Article, it shall be limited to acts of infringement committed or threatening to be committed within the territory of a single Member State, namely the Member State of the court seized ;

– in order to ensure that the acts of which the defendant is accused were committed in the EU , it is necessary to determine where the commercial content was actually made accessible to consumers and professionals for whom it was intended. Whether such advertising and offers subsequently had the effect of purchasing the defendant’s goods, is on the other hand, irrelevant.

In the present case, the advertisements and offers referred to by the applicants were aimed at consumers and/or professionals, in particular in the United Kingdom.

In those circumstances, the Court considers that the applicants have the right to bring an infringement action against that third party before a EU trademark court of the Member State within which the consumers or traders to whom that advertising and those offers for sale are directed are located, notwithstanding that that third party took decisions and steps in another Member State to bring about that electronic display.

This possibility of bringing an infringement action before any competent national court  to rule on acts of infringement committed in any Member State is very useful in particular to optimise the costs of proceedings, depending on the national regulations. France, for example, offers irrefutable methods of collecting evidence, such as a bailiff’s report, to establish facts of infringement, at attractive prices.