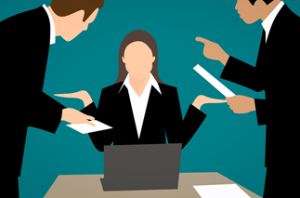 The companies Crédit industriel et commercial (“CIC”) and Confédération nationale du Crédit Mutuel (“Crédit Mutuel”), which belong to the same group, jointly filed a UDRP complaint against six defendants, including an anonymous service, following the reservation of 25 domain names. One reproduces the trademark CIC ( ), the others the trademark Crédit Mutuel ( ).

In theory, the UDRP Complaint should only be directed at one defendant. However, a complaint against several defendants may be admissible if it is shown, by corroborating evidence, that the domain names were most likely reserved by the same person or are under common control, despite disparities in the information communicated by the registrants at the time of registration. This is known as “consolidation of the complaint”. Of course, each defendant is given the opportunity to rebut this alleged connection by filing a response in the proceedings.

Here, the expert accepted the applicants’ request for 24 of the 25 domain names in question. Indeed, numerous elements tend to show that these names are under common control:

. – three defendants have the same first name, except for a few spelling variations: Yassine Cleoo, Yassinee Cleo, Yacin Helaloa. And two of them have almost the same last name: Cleoo / Cleo;

– the domain names have been reserved through the same registrar, Amazon Registrar, Inc. ;

On the other hand, the request for consolidation of the complaint was refused because of the 25th domain, reserved by the sixth defendant. In fact, the expert noted that the information which defines this domain name and its reserved name does not make it possible to establish a link with the other defendants:

– the structure of the domain is different: <creditmutuel.com;

– the reservee has given an address in France and not in Spain;

– the domain name was registered in January 2020 while the other domains were registered in December 2019. Thus, the expert, after analysing the complaint on the merits, agreed to the transfer of the first 24 domain names to the applicants. As for the domain name, they refused to pronounce its transfer, considering that it was not demonstrated that its registrant was linked to the other defendants. They specifies, however, that the applicants may very well file a separate complaint against this domain name if they wish so.

The consolidation of the complaint allows several complainants to file a joint complaint and to target several defendants at the same time or alternatively. When several defendants are involved, concrete elements that lead to the belief that the registrants are related, should be reported. In addition to elements relating to identity, one can take into account the structure of the domain names, the date of registration, the hosting providers and registration of the domain, the page that the domain points to, etc.

This possibility offered to complainants has several beneficial aspects: mutualizing costs, getting around the “trap” of cybersquatters which consists in filling in false data when reserving domain names, not to mention a considerable time saving for both right holders and arbitration centres.

Our commentary of the decision is available in the issue n° 7-8, July 2020, alert 54 of the review Industial Property.