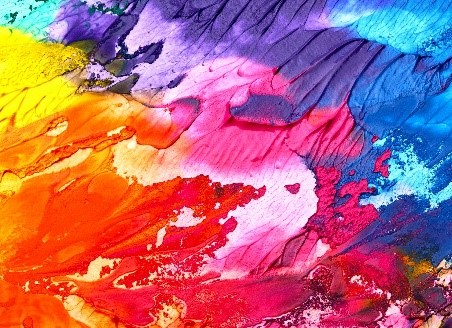 Article L 711-1 of the French Intellectual Property Code states that “figurative signs such as (…) arrangements, combinations or shades of colour” may constitute trademarks.

Thus, in order to obtain trademark rights to a colour, the colour must reflect the trademark in the mind of the consumers, i.e., when they see that colour, they think specifically of that trademark.

Despite numerous registrations of colours as trademarks, the French Trademark Office, the INPI rarely accepts those registrations.

The question then arises as to when such marks are admissible.

To do this, let us look at the case law that have marked this colourful saga!

In a judgment dated 22 November 2018, the Court stated that “this sign must be distinctive, i.e. it must enable a consumer to identify the commercial origin of the goods or services covered by it in relation to those of competitors. However, a colour is generally perceived by the public as a decorative element, not necessarily as a sign identifying the commercial origin of goods or services. “(CJEU, 22 November 2018, C-578/17).

The judges further specify that one cannot register a colour but a shade or combination of shades which must be recognizable and identified according to a Pantone code, which is an internationally recognized colour code.

Louboutin has obtained trademark protection for its famous red sole. It is specified in the application that the right relates to a certain shade of red connected to a sole.

However, “colour trademark” should not be confused with the use of a colour in a logo. Indeed, in this particular case, one can resort to the registration of a coloured logo without having to resort to the Pantone.

It is necessary to recall that the notion of “colour trademark” relates to the fact that in order to “be a trademark, colour must be assimilated to a combination of colours or a single colour, filed without shapes and contours”. This principle was laid down by the Court of Justice of the European Union in the Libertel judgment of 6 May 2003 and the Heidelberger Bauchemie judgment of 24 June 2004. Thus, a distinction must be made between colour trademarks and figurative trademarks that claim a specific colour shape without a verbal element.

This principle has been taken up in Article 4 of the European Trade Mark Regulation: “Any sign, in particular words, including personal names, or designs, letters, numerals, colours, the shape of goods or of the packaging of goods, or sounds, may constitute trade marks of the European Union, provided that such signs are distinctive …”:

a) to distinguish the goods or services of one undertaking from those of other undertakings ;

b) to be represented in the Register of Trademarks of the Union in a manner which enables the competent authorities and the public to determine precisely and clearly the subject matter for which protection is granted to their owners. »

This principle was also taken up by the Singapore Treaty in 2006, which states that “it is possible to register trademarks consisting of non-visible signs and thus color or scent marks. “».

In order to be distinctive, the colour sign must must comply with the principles laid down by the Court, and in particular in its Libertel ruling of 6 May 2003:

(a) it is graphically represented in a clear, accurate, complete, lasting, objective, accessible and intelligible manner. For this purpose, it must be possible to convert this colour by means of an internationally recognised identification code ;

(b) the color sign must make it possible to distinguish the origin of the goods or services which it designates and it must be distinguishable from competing undertakings;

(c) it must be taken into consideration the public interest prevailing in the sector of activity for which the registration of the sign is requested ;

This assessment is made by the judge on the basis of the facts but also on the use that has been made of it.

As an example, the infringement by imitation of a monochrome sign was admitted for the colour shade of pink pantone 212 by the High Court of Paris (Tribunal de Grande Instance de Paris) in a dispute concerning the two fuschia pink bands underlining the edges of the decoration of infant milk products between Candia and Blédina.

Similarly, the French Supreme Court upheld the infringement of a red label champagne trademark in a decision opposing Charles Laffitte Société and Pieper Heidsik Company on the grounds that the Court of Appeal, in a reasoned decision, examined the overall impression produced by these trademarks, and characterized the infringement by imitation as provided for in Article L. 713-3 of the French Intellectual Property Code.

Thus, it is clear that, while trademark offices and judges accept the possibility of registering a colour as a trade mark and assuming legal protection for it, the validity of such signs remains subject to strict conditions arising from both national and European legislation. This makes it difficult to recognise the validity of such signs. However, the protection of colour as an identity and therefore as a logo is widely accepted. One can thus speak of royal blue for Ikea, or turquoise blue for Tiffany.

It is therefore almost impossible to consider the protection of a colour shade or combination of colours without prior use. The applicant will therefore have to limit the protection sought to specific products or services to increase his chances of protection. The application must expressly indicate the colour reference indicated using an internationally recognized colour code (the Pantone code).

In particular, the applicant must precisely determine the position of the colours.

The protection of a trademark also requires proof of a distinctive character acquired through use. This requirement limits the registration of colours already present on the market and enjoying strong recognition among a relevant public.

The whole difficulty is therefore based on proof of distinctiveness acquired through use.