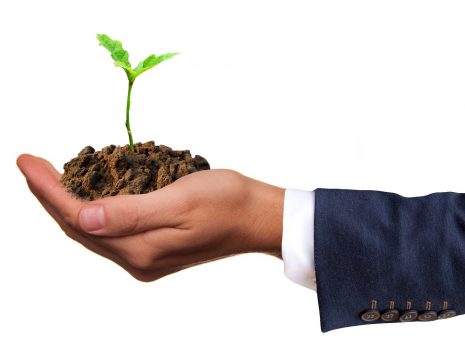 Plant varieties offer many advantages to plant breeders, including a return on investment to cover research costs. Indeed, long years of work are generally required to develop new plant varieties (between 10 and 15 years for a large number of plant species).
Many breeders also wish to export internationally, but protecting plant varieties abroad is often complex.

European but also international legislations are harmonized by the application of the UPOV Convention (International Union for the Protection of New Varieties of Plants) which has 76 members.
Under this Convention, the breeder’s right is granted when the variety meets several conditions: novelty, distinctiveness, uniformity and stability. Finally, the variety must be designated by an appropriate denomination.

Protection in the European Union :

Filing of the application :

Since 1995 there has been a unitary Community title: the Community plant variety certificate. This title produces the same effects as a national title in each Member State.
However, this certificate cannot be cumulated with national plant variety certificate. Before applying, the breeder will therefore have to make a choice to protect his new variety.
The application for protection must be filed with the Community Plant Variety Office (CPVO). The French breeder can file his application directly with the CPVO but also with the INOV (National Plant Variety Office) which will forward the application to the CPVO.
In addition, there are certain requirements regarding the content of the application. For example, the following must be included:
– The names of the breeder and the representative of the procedure if any,
– Information concerning the botanical taxon (group of organisms),
– The provisional designation given to the variety,
– Information on the previous marketing of the variety,
– Information on previous applications for the variety,
– The deadlines relating to the priority,
– Proof of payment.

It is also necessary to complete a technical questionnaire and a form for the appointment of a procedural representative (if the applicant is not a within the European Union).

Extent of protection :
The extent of protection in the European Union is similar to that of the French legislation. Thus, the following will be subject to the holder’s authorization: production and reproduction, packaging for the purpose of propagation, offering for sale, sale or other marketing, export from the European Union, import into the European Union and storage for any of the above purposes.
The protection is also applicable to harvested products obtained without the consent of the breeder unless the breeder has had a reasonable opportunity to exercise his right and finally, it also applies to essentially derived varieties.

Protection during the provisional period:
During the provisional period (period between the filing of the application and the grant of the right) the breeder can assert his exclusive rights against all acts that would have required his authorization after the grant of the right.
However, the breeder will only be entitled to an “equitable remuneration”.

International protection :
At the international level, legislation is largely unified by the UPOV Convention.
However, the Convention does allow national legislators to take into account national circumstances. The breeder must therefore inform himself in advance of any national specificities in order to ensure the protection of his titles in the best conditions.
Beware, that some countries are not members of UPOV !

The filing of the application :
During the filing of the application, the breeder has two possibilities:
– The filing of his application in each of the national offices;
– The filing of his application using the multilateral priority filing system UPOV PRISMA. This online system allows the breeder to file, through a single system, all his applications with the participating plant variety protection offices. However, one must be careful because some countries are not part of this UPOV PRISMA system such as South Korea, Japan or China (only for lettuce).
The breeder will also have to take into account the delays of the examination procedure which are on average 1 to 2 years. However, these periods can be much longer in some countries (sometimes more than 5 years for Japan or Russia for some fruit trees).

Protection during the provisional period :
During this provisional period, the breeder will also be protected, as in the case of the Community title, against acts requiring his authorization and will have the right to claim an equitable remuneration.

The extent of the protection :

Finally, the extent of the protection of plant variety titles is the same as that of the Community title in UPOV member countries due to the application of the Convention; provided that certain national particularities are taken into account.

If the UPOV Convention has allowed since 1961 to harmonize and establish a legislation protecting plant varieties in many countries, the breeder, wishing to develop internationally, will have to remain attentive to national legislations and their specificities.

To read more about Conflict between trademark and plant variety