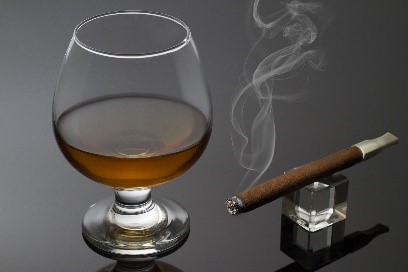 The group owns a large portfolio of trademarks including the verbal elements « louis » and « louis xiii » in connection with its most famous and expensive  Louis XIII cognac.

After the detection of the domain name <louisthirteen.com>, E. Remy Martin & C filed a complaint with the WIPO Arbitration and Mediation Center, in order to seek transfer of this domain name.

The domain name consists of « louis » which is identical to the first part of the trademark and is followed by « thirteen ». A domain name that consists of a translation of a trademark is usually considered identical or confusingly similar to that trademark. « Thirteen » is the literal translation in English of the Roman numeral « xiii », as acknowledged by the expert.

However, when examining the various pages of the Respondent’s website, the panelist notes that the name is used for a genuine white-label product offering, including protective masks against bacteria and viruses in the context of the fight against Covid-19. Although the Respondent did not reply to the complaint, legal notices are present on the website and a quick Internet search of UK companies shows a Louis Thirteen Group Limited company registration on June 2019, i.e. 18 months before the complaint was filed.

Even though the earlier trademark enjoys a broad protection, the expert states that it is not clear that the Complainant could object to the use of a trade name « louis thirtheen » for activities so different from its own.

The heavy burden of proof on the Complainant to oppose the use of a trademark.

In the European Union and the United Kingdom, the owner of a wellknown trademark can only object to the use of a similar / identical trademark if the use by the third party takes unfair advantage of said trademark or is detrimental to the distinctive character or the repute of that trademark.

The expert finds that the Complainant has failed to meet its burden of proof insofar as there is a real possibility that the name corresponding to the domain name was used in connection with a bona fide offer of goods and services prior to the notification of the dispute.

Therefore, the expert considers that it has not been proven that the Respondent has no right or legitimate interests in the domain name. Thus, he does not have to establish that the domain name was registered and used in bad faith.

The option of taking a case to court remains open

For the foregoing reasons, the complaint is dismissed. However, the expert states that this decision does not affect the Complainant’s right to bring a trademark infringement action against the Respondent in court.

A quick Internet search should have enabled the Complainant to identify the existence of the Louis Thirteen Group Limited and to conclude that the UDRP was not an appropriate forum for this dispute, which should be approached in a global manner and not confined to the domain name alone.

Besides, Louis XIII is the name of a French king and the earlier trademark is therefore not fanciful, an element that the panelist was able to take into account in his analysis, even if he did not mention it explicitly.