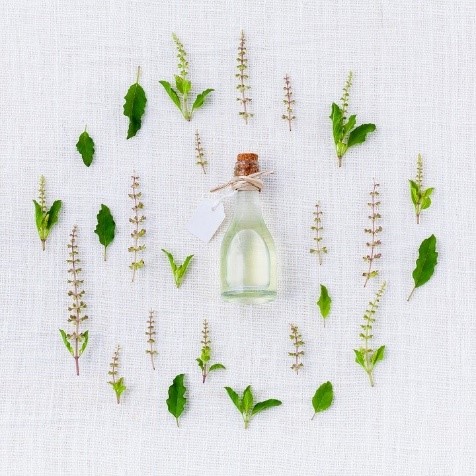 Fragrance is nowadays a very important economic interest whether in art, luxury or marketing industry.

Faced with such interests, how does intellectual property try to protect it

The olfactory work: an intellectual work bearing the mind of the author?

The Intellectual Property Code aims, in a non-exhaustive way, the traditional forms of artistic expression (literary, graphic, musical creation, etc.), as long as they satisfy the conditions of originality and tangible form introduced by French law.

Beyond these traditional forms of artworks, case law studied a certain number of creations to determine whether they could be qualified as “intellectual work», such as recipes for example. Among them, olfactory work has been the subject of many discussions. In a world where materiality is omniscient, the fragrance tries, not without difficulty, to find a place in the “Panthéon des œuvres d’art”.

According to perfumers and other “aficionados”, fragrance is an art. However, the French Court de Cassation does not share the same opinion, remaining recalcitrant to the idea of elevating it to the rank of intellectual work and consequently, to grant the perfumer the author status.

Perfume fades, but this should not systematically exclude it from the copyright sphere. Indeed, the fragrance is by nature fluctuating, perishable. Yet, intellectual property does not, as a matter of principle, exclude ephemeral works from copyright protection.

The French Cour de Cassation assumes that the fragrance of a perfume which proceeds from the simple implementation of know-how, does not constitute within the meaning of articles L112-1 and L112-2 of Intellectual Property Code a creation of an expression form which can benefit from the copyright.

In other words, the Court assimilates this process of perfume creation to a simple implementation of a know-how, not protectable by French copyright, and rejects the identification of a form of creation through the sense of smell.

Several judgments, on the contrary considered the fragrance as an olfactory form of creation whose originality cannot be denied. The judges also considered the fragrance originality through the novelty of its smell, the association of its scents. Faced with this craze, the Cour de Cassation reviewed its position on the matter but without opening the door to the protection for olfactory creations, considering that: copyright protects creations in their sensitive form, as long as it is identifiable with sufficient precision to allow its communication (Cass. Com., 10 déc. 2013, n° 11-19872).

The protection of fragrances by copyright remains a controversial debate. Only a reversal of case law could settle the issue in favour of perfumers, a position more than expected given the increasingly difficult protection of manufacturing secrets.

Today, it is only on the grounds of parasitism and unfair competition that the perfumer can rely on in case of unauthorized reproduction of the fragrance, as shown by the Lancôme decision. However, those grounds remain less advantageous than the infringement action, as it will be up to the plaintiff to prove the existence of a fault.

The fragrance: a protection by trademark law?

In the scope of industrial property, the fragrance can be apprehended and protected as a trademark.

Indeed, a fragrance can be registered as an olfactory trademark before the Intellectual Property French Office (INPI). Since olfactory memories are the longest to last, according to most scientists, more and more companies want to awaken this sense for the consumer by associating a pleasant smell with their products.

For a long time, this registration of an olfactory trademark was a problem since it could not be represented graphically. Since March 23, 2016, the “Trademark Package” removed this requirement in favour of the olfactory trademark.

Henceforth, the trademark may be protected as soon as it can be represented in any appropriate form through available technology. However, in practice, the registration of olfactive trademarks remains unusual because of its complexity.

Even if the graphic representation required has been deleted, it is still complex to represent the essence of a smell – a chemical formula cannot characterize a perfume.  Furthermore, the trademark must be sufficiently distinctive to allow the consumer to identify the commercial origin of the goods and services covered by the smell; distinctiveness still difficult to demonstrate.

In parallel with trademark law, patent law can also be used to protect a smell, provided that it is new, industrially applicable and provides a solution to a concrete problem; conditions that are not necessarily easier to meet.

To conclude, fragrance protection is subject to many debates and difficulties. However, it is not impossible and some legal actors do not cease to claim this protection.

The importance of the olfactory cognitive memory, or the complexity and originality of the creation process, are the keywords defending the fragrance, subject of great legal attention.