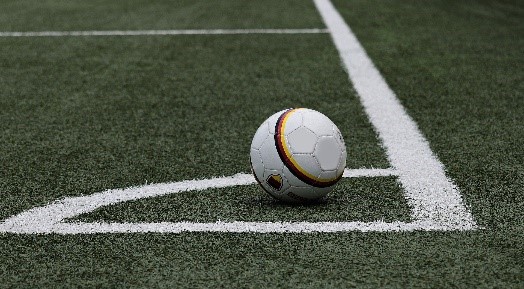 Underlying the performance of athletes, soccer clubs are engaged in a big race to develop their respective trademarks. FC Barcelona, until now the second biggest soccer club trademark, now risks losing its place to the club Paris Saint-Germain (PSG) as a result of Lionel Messi’s departure.

Lionel Messi has recently made the news by announcing his departure from FC Barcelona after more than two decades with the club.

This unexpected announcement is mainly due to the financial difficulties faced by FC Barcelona who are unable to take on the costs of the new contract agreed with the footballer two weeks ago..

This departure may not only impact the club’s quality of play but also its finances and especially its Intellectual Property rights.

Brand Finance, in an article of 6 August 2021, estimated that the departure of Lionel Messi could cause an 11% decrease in the value of the club. This departure would cause a loss of €137 million. According to Brand Finance estimates. FC Barcelona has been, until now, one of the three most valued brands among soccer clubs (behind Real Madrid and in front of Manchester United). This news may well change the ranking.

Lionel Messi’s departure is even more impactful as he is considered one of the greatest players in the history of soccer. FC Barcelona’s image is therefore strongly impacted.

On the other hand, the recruitment of the footballer by PSG is a real boon for the club which could see the value of its brand increase considerably. According to Brand Directory, the PSG brand is currently worth €887 million and ranks 7th among the most important soccer club brands.

The influence of players on intellectual property rights is such that some player brands even rival the value of some clubs’ rights. Messi has the most registered trademarks of all footballers. He has 115 trademarks, compared to 60 for Neymar, 53 for Cristiano Ronaldo and 46 for Paul Pogba. His trademarks are registered in various countries around the world, but mainly in Argentina, his country of origin. They are mainly registered in class 25 (Clothing), 28 (Games, sporting goods, toys) and 9 (Computer programs).

This trademark portfolio, owned by the footballer, is also an asset for the club that recruits him, as it increases its importance and influence.

So, PSG now holds two of the biggest players in terms of brand portfolio, Neymar and Lionel Messi, and could also be inclined to recruit Paul Pogba.

An impact on the new cryptocurrencies

As a result of PSG’s brand value, its cryptocurrency, “PSG Fan Tokens”, has grown considerably. The club made its mark by concluding the first player signing that included fan tokens. This news caused the cryptocurrency to rise by +100% in just three days.

As a result, the simple signing of Messi boosted the club’s PSG token capitalization to almost €144 million.

The PSG trademark is on track for considerable expansion, which can only reinforce the strength and interest of Intellectual Property rights in the world of soccer. Whether it’s the value of a club brand, the derivative products derived from it, or its cryptocurrencies, the composition of soccer teams considerably influences the pecuniary value of clubs.

♦ Protecting trademarks during the Olympic Games : the major issues and challenges