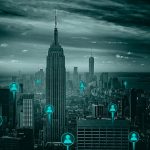 In order to establish this bad faith, it is essential to show that the respondent has prior knowledge of the applicant’s rights and that the disputed registration is aimed at these rights. Being the owner of a trademark protected in the country where the defendant is established is therefore a considerable asset. However, it is not a requirement.
Vente-privee.com is a French e-commerce company that has been operating for 20 years in the organization of event-based sales of all kinds of products and services at reduced prices, including major trademarks.
At the beginning of 2019, Vente-privee.com began a process of unifying its trademarks under a single new name: VEEPEE. This rebranding was widely promoted internationally. It had previously secured trademark rights to the “VEEPEE” sign via a filing an EUTM in November 2017 and via an international trademark filed the same day covering Mexico, Monaco, Norway and Switzerland. Vente-privee.com also owns numerous domain names matching “VEEPEE” such as <veepee.es>, <veepee.it>, <veepee.de> and <veepee.com>.

Having detected the registration of the <veepee.cn> domain name reserved in 2018 by a China-based registrant, the company filed a complaint with the WIPO Arbitration and Mediation Center seeking the transfer of the name.
The likelihood of confusion was easily admitted by the expert, who considered the domain name to be identical to the applicant’s earlier trademarks. On this occasion, he recalls that the trademark does not need to be registered in a specific country for the assessment of the likelihood of confusion.

This is in line with the assessment of WIPO’s Overview 3.0, which specifies in its section 1.1.2, quoted by the expert, that in view of the international nature of domain names and the Internet, the jurisdiction in which the trademark is protected is not relevant for the analysis of the first criterion. Bearing in mind, however, that this factor may be important for the examination of the other criteria.

Finally, on the issue of bad faith, the expert insists on the arbitrary nature of the name VEEPEE: “VEEPEE is a made-up word with no particular meaning in Chinese or English”. He also highlights the fact that the domain name has not been actively used, but on the contrary refers to a website in English, accessible to all, on which it is for sale.

Therefore, the expert orders that the disputed domain name <veepee.cn> be transferred to the Complainant.

In this instance, we note that the disputed domain name is indeed subsequent to the applicant’s trademarks, but prior to the Vente-privee.com rebranding operation by almost a year. This information might have required analysis had the Respondent responded to the Complaint. Information that could have been counterbalanced, however, with the registration date of the name <veepee.com> (the <.com> targeting the international), which is very old: December 6, 1999.