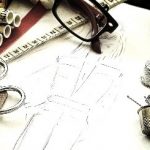 When two people file a complaint regarding the same domain name, the domain name’s transfer isn’t necessarily granted to the trademark rights’ owner

The Uniform Domain Name Dispute Resolution Policy specifies in point 4) a) that the relevant disputes involve those where a domain name is “identical or confusingly similar to a trademark in which the complainant has rights”.

Recently, the WIPO Arbitration and Mediation Center considered that, although the applicant had previous trademark rights, the transfer of the disputed domain name shall happen on behalf of the other complainants.

The complainants in this case were Victoria and David Beckham.

The first complainant, Victoria Beckham, a former member of the Spice Girls, is specialized in haute couture and commercialises clothes under her name on the website “www.victoriabeckham.com”. The trademark “VICTORIA BECKHAM” is notorious, especially in the United-Kingdom: it was designated as Designer Brand of the Year in 2011.

The second complainant is David Beckham, renowned for his soccer career, as well as for his professional collaborations with major brands.

He owns several trademarks, invoked in support of the complaint and in particular some registered in the United States “BECKHAM” No. 3342223, dated 20 November 2007, renewed, relating inter alia to clothing products and the trademark “BECKHAM” No. 4208454, dated 18 September 2021 in class 3, which includes perfumes. Thus, the trademarks cited in support of the complaint belong solely to him.

The Beckhams discovered the domain name <usbeckham.com> registered on 8 July 2020, after the registration of Mr Beckham’s trademarks. This domain name linked to a page selling clothing, handbags, shoes and accessories. The site was titled “BECKHAM® Official Online Boutique” and featured the header “BECKHAM” in a font similar to Victoria Beckham’s site. It also had a “Perfume” tab, which redirected to the <genewus.com> website, selling perfumes but also a range of swimwear bearing the name “Victoria Beck”.

Firstly, the expert observed that both complainants shared the same name BECKHAM, for which David Beckham had acquired trademark protection for perfumes and clothing. Hereby, the expert considered the consolidation of the complainants well-founded.
According to the expert the disputed domain name may generate a risk of confusion with the earlier trademarks as it incorporates the word BECKHAM.
Concerning the legitimate interest and the potential rights of the defendant, the complainants argue that they have not given any authorization to the defendant to use their name and that the latter held no rights on the sign “BECKHAM”.
The use of the domain name is confusing for products in competition with those of the complainants and have a title with the symbol ® implying that the respondent is the owner of the trademark “BECKHAM”. The term “Official” also suggests that the website is official. This demonstrates the respondent’s lack of good faith: the expert therefore considers that she has no right nor legitimate interest in the domain name.
Furthermore, with regard to the registration and use in bad faith, the expert considers that the applicants are very famous and that the defendant could not have been unaware of the applicants’ trademarks “BECKHAM”, given that she lived in London and in view of her interest in “high fashion” as mentioned on her website. Moreover, her name is not “Beckham”. However, this name has some significance in the world of high fashion through the applicants’ trademarks. The expert therefore considers that the defendant necessarily registered and used the domain name in bad faith.
Therefore, the complaint was accepted and the domain name was transferred to the first complainant, Victoria Beckham.

This ruling is interesting since most of the decision’s reasoning is based on Mr. Beckham’s trademarks. The trademarks in question were protected in particular for “clothing” and “perfumes”. Those same products are found on the disputed website.

A research reveals that there are several “VICTORIA BECKHAM” trademarks, but at first sight, they do not belong to Mrs. Beckham herself, but to her company. Although the company bears the same name, it was not a complainant in this litigation.

Perhaps Victoria Beckham could have argued that she has common law rights regarding the name “BECKHAM”. However, these rights would have been in competition with those of her company.