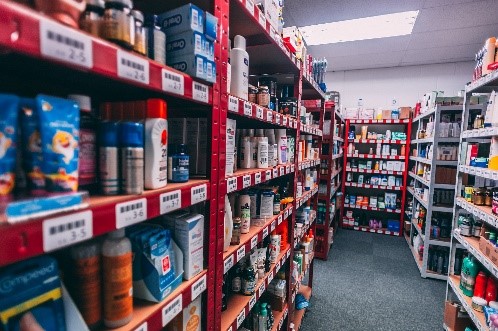 In France, the online sale of non-prescription drugs is strictly regulated, for public health considerations. Thus, some advertisements are prohibited, including paid referencing on the Internet.

In a dispute opposing a Dutch company to French pharmacists and e-pharmacists, the Paris Court of Appeal ruled, on September 17, 2021, that the Holland based seller who advertised his products on French soil, as well as on the Internet did not, in doing so, carry out acts of unfair competition.

In 2015, shop-pharmacie.fr, an online sales site for non-prescription drugs administered by a Dutch company, launched a large-scale advertising campaign on French soil. Millions of flyers were thus included in postal packages sent by major e-commerce players such as Zalando and La Redoute. The Dutch company also carried out a paid referencing strategy on the Internet, targeting the French audience.

This campaign, which French companies could not in any case have carried out, appeared excessive and even unfair for some of the associations representing the profession. The Union des groupements de pharmaciens (the Union of pharmacists’ consortium) and the Association française des pharmaciens en ligne (the online pharmacists Association) thus sought to have this campaign qualified as an act of unfair competition, basing their request on legal provisions of the French Public Health Code.

The Paris Commercial Court granted this request but the Dutch company appealed this ruling. The Paris Court of Appeal then referred the matter to the Court of Justice of the European Union. The question raised was whether France could apply to e-pharmacies established in another EU Member State the same limitations it imposed on French e-pharmacists in regards with the promotion of their business and products on its territory.

Can European regulations, in particular Article 34 TFEU and the provisions of Directive 2001/83, allow an EU Member State to impose on pharmacists, who are nationals of another EU Member State, rules derived from Articles R.4235-22 and R.4235-64 of the Public Health and good practices Code issued by the public authority of the Member State?

The Court of Justice of the European Union answered this question in its October 1st 2020 decision C-649/18 by the negative. This legal and political decision relied namely on the fundamental notion of the European internal market.

Thus, the European justice system decided to mitigate the implementation of the French legal limitations in order to protect the Internal Market.

The Court of Justice of the European Union has established a first principle whereby a Member State can impose limitations on advertising if its legislation is strictly circumscribed. The Paris Court of Appeal followed this clarification in the dispute between French pharmacists and the Dutch e-pharmacy and ruled that the provisions invoked from the French Public Health Code were not specific enough. More precisely, they did not solely target drugs, but referred to the general term of “pharmaceutical products”.

The door is therefore left open for the French legislator to specify its legal provisions relating to the framework of pharmaceutical drugs online advertising.

In order to prevent the over-consumption of pharmaceutical drugs, French law prohibits French e-pharmacies from carrying out paid referencing campaigns in the digital space, particularly on search engines and price comparators.

In this case, the Court of Justice of the European Union stated that such referencing is in principle possible, unless it is limited by a measure that is necessary and proportionate to the purpose of safeguarding public health. Therefore, the general rule is that referencing is possible, unless the opposing Member State provides a targeted, proportionate and necessary legal rule.

Yet, such legislation does not exist in France. Moreover, the provisions of the Public Health Code that have been included in the debate seem inadequate for e-commerce. Indeed, e-commerce has its own constraints, namely its universal, instantaneous and continuous access via the Internet. Consequently, it seems very difficult to provide a sufficiently concrete and specific framework for the practice of paid referencing on the Internet for this type of activity.

To sum up, French e-pharmacists and e-pharmacists located in other EU Member States are not on an equal footing regarding advertisements carried out in France.

This case provided the Paris Court of Appeal the opportunity to reaffirm the right to paid referencing by stating that the decree of December 1st 2016 “relating to the technical rules applicable to e-commerce websites for pharmaceutical drugs ” and relating in particular to the prohibition on referencing in search engines or price comparators in return for payment, was unenforceable. Furthermore, the French Council of State had annulled this decree on March 17, 2021.