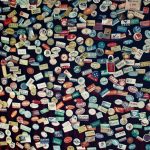 In a decision of 10 July 2018 (no. 16-23694), the judges of cassation clarified the criteria for assessing unfair commercial use as well as the concept of just cause with respect to the usage of a well-known trademark, all within the scope of the disputed employ of the Taittinger surname. The affair opposes a member of the Taittinger family and the company Taittinger CCVC which acquired shares in the family-run company. For the Taittinger family sold all of the shares of this company, which owns a brand of champagne of the same name. One of the clauses in the transfer agreement was a hold harmless clause which stipulated that the members of the family undertook not to use the “TAITTINGER” trademark to designate products that would be in competition with the transferred business, namely the marketing of champagne. Later, one of the members of the Taittinger family filed the trademark “Virginie T” to designate various products and in particular champagne. To promote her activity, the applicant reserved the domain name but also several names reproducing her surname in full, including and . These latter redirect to the website attached to the domain name , where, moreover, the name Taittinger appears a number of times. As a consequence, Taittinger CCVC invoked the use of the Taittinger sign to promote and sell the champagne called “Virginie T” but also the “implementation of communication systematically oriented on the surname” Taittinger and summonsed the owner of the “Virginie T” trademark on the basis of breach of the transfer of securities contract, infringement of the reputed trademark “TAITTINGER” and unfair commercial use

The hold harmless (against the actions of the seller) clause

While this point does not constitute the heart of the judgement, it nonetheless provides clarification on the scope of a mandate within the framework of the sale of securities. In the case at hand, the owner of the “Virginie T” trademark had mandated her father, with a substitution option, that he had moreover exercised, to sell her shares to Taittinger CCVC. In this respect, the Court of appeal had convicted Mrs Taittinger for having violated the hold harmless clause. The Supreme court of appeal recalled that the mandate encompasses only administrative acts, the agent can do nothing beyond what is included in their mandate. If the sale mandate authorised the agent to “subscribe to any undertaking or guarantee”, this did not imply the power to grant a prohibition or limitation on the principal’s use of the surname insofar as it constitutes a disposal of assets. The Supreme court of appeal therefore censored the judgement of the Court of appeal on this point.

Infringement of the reputed “Taittinger” trademark

One of the two main contributions of the judgement of 10 July 2018 lies in the appreciation of the concept of just cause vis-à-vis the use of a reputed trademark. Taittinger CCVC invoked article L713-5 of the Intellectual Property Code which stipulates that “the reproduction or imitation of a well-known trademark for products or services not similar to those designated in registration engages the legal liability of the author if it could be prejudicial to the owner of the trademark or if this reproduction or imitation constitutes an unjustified exploitation of the trademark”. While the reputation of the “TAITTINGER” trademark is not in dispute, Virginie Taittinger replied however by invoking the exception of just cause taken from article 5, 2° of the European directive 89/104/EEC of 21 December 1999 and in the light of which the French judge must interpret the French legislation. Consequently, the Court of appeal noted that the consumer was led to establish a link between the trademark transferred and invoked and the promotion of the products of Virginie Taittinger. However, the Court of appeal did not convict Ms Taittinger insofar as, recalling her family origin, she was not taking unfair advantage of the reputation of the “TAITTINGER” trademark, nor did she prejudice its distinctive value. The Court had then added that her name sufficed to identify her career path or her past experience, even with added photographs. In its order of 10 July 2018, the Supreme court of appeal therefore censored the judgement of the Court of appeal on this point. The Court emphasised that, in the light of the European directive, article L713-5 must be applied in two stages. The owner of the reputed trademark must first of all demonstrate that unfair advantage had been taken of the reputation of the trademark, then the third party must establish that there is just cause for the use of this reputed trademark, or a similar sign. Consequently, the Court of appeal should not have assessed the unfair advantage taken of the trademark in relation to the possible existence of just cause but should have assessed the unfair advantage once the infringement had been established. The novelty contributed by this judgment therefore resides in the fact, for the Supreme court of appeal, to indicate that the exception of just cause is not an element of the infringement against the trademark noted, but a fact that exonerates and applies once the infringement has been established. No further details were given, however, as to a possible definition or application of the concept of just cause. The fact that a well-known trademark is identical to the surname used by the third party could have been the occasion for the Supreme court of appeal to use this concept and, consequently, to clarify it.

This judgement is therefore not only to be placed among the affairs dealing with a well-known trademark that is a homonym of a surname, but also provides a better understanding of the use of the concept of just cause in the context of the infringement of a well-known trademark, as well as the criterion of recognition in the framework of what constitutes an instance of unfair commercial use. Taking advantage of the reputation of a trademark does not necessarily therefore constitute infringement of a well-known trademark, but this can be a decisive factor with regard to establishing an instance of unfair commercial use for which there is no exception for just cause.