Opposition is a crucial procedure to ensure the protection of trademarks. It is a way to solve potential disputes quickly, simply and with reasonable costs and time limits.

Following the transposition of the « Trademark reform Package » into French law, modifications were made to the opposition procedure, ensuring right holders a broader protection against the infringement of their rights.

The first major change is the expansion of prior rights that can serve as the basis for the opposition before the French Trademark office. So far, it has only been possible to file an opposition on the basis of a prior trademark application, a prior registered or well-known trademark in the sense of article 6bis of the Paris Convention; an appellation of origin or a protected geographical indication; the name, the reputation or the image of a territorial collectivity.

From now on, article L712-4 of the French Intellectual Property Code, modified by the ordinance of November 13, 2019, allows for the opposition of the registration of a trademark on the basis of :

This new legal provision also makes it possible for the opponent to invoke, if need be, several rights to form the opposition.

As in the former procedure, the opponent has a 2 month deadline from the date of publication of the trademark application to file an opposition. However, they now have an additional month to present their observation as well as the documents necessary to prove the existence and the scope of their rights. It will be qualified, firstly, as a “formal” opposition, as in the procedure before the EUIPO, until the statement of case on the merits is filed and, secondly, in the event that the Parties have not settled their dispute amicably in the meantime.

The adversarial phase of the opposition, during which the Parties exchange documents and their arguments in writing, subsequently begins. The parties may request an oral hearing at this time. However, no new pleas or documents may be presented during the hearing.

Depending on the number of exchanges between the Parties, this first phase of investigation may last anywhere between 6 months and a year. At the end of this period, the director of the French office must render a decision within 3 months.

The changes made by the transposition of the European directive into French law provide greater protection for rights holders. This new procedure is more precise because it has been limited by the stipulation of short and non-extendable deadlines. Furthermore, it makes it possible to base the opposition on a larger number of prior rights, thus putting the protection of holders at the forefront of this procedure.

This new opposition system applies to all trademark applications filed from December 11, 2019.

Dreyfus can assist you in the management of your trademarks portfolios in all countries of the world and accompany you in your opposition proceedings. Do not hesitate to contact us. 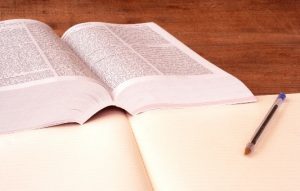