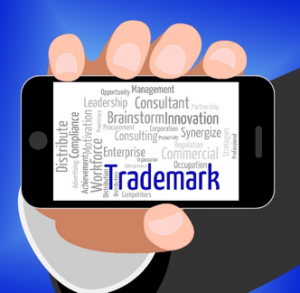 Among the new developments resulting from the implementation of European Directive 2015/2436 of December 16, 2015, (known as the “Trademark reform Package”) into French law, the new procedures for the cancellation on grounds of invalidity and revocation on grounds of nonuse of trademarks are those that will undoubtedly change the landscape of intellectual property law in France.

The European directive placed an obligation on member states to create an administrative procedure to bring invalidity and revocation proceedings. The aim of this measure being to facilitate challenges to registrations in order to declutter the trademark register.

In France, since April 1, 2020, these actions can be brought before the French Trademark Office INPI, bringing French trademark law increasingly closer to European law. Until now, only the Court was able to hear these cases. From now on, the competence is shared between some specialized courts and the INPI.

How is this to be done?

– An appellation of origin or geographical indication

– The name of a local authority or public entity.

In order to avoid any delaying measures, it is provided that the principle of “res judicata” will apply to such decisions of the Director of INPI and of the judicial court.

The French legislator has gone beyond the provisions of the European Directive, which only requires Member States to confer jurisdiction on the Trademark Offices with respect to certain grounds of invalidity (invalidity based on absolute grounds or on an earlier similar or identical trademark).

Which trademark registration can be challenged?

An application for invalidity or revocation may be filed against a registered French trademark or on the French part of an international trademark.

What is the procedure before the INPI?

Like the new trademark opposition procedure, the invalidity or revocation procedure follows the principle of a fair hearing. Following the examination phase, which starts from the day on which the action was filed, and as soon as the action is considered admissible, the owner has a period of 2 months to submit his observations in the case of an invalidity action or to provide proof of use in a revocation action.

The applicant has then one month to file a response. The parties may make up to three contradictory written exchanges at the end of which, and where appropriate, an oral presentation of the observations may be requested by either party but also requested by the INPI.

Depending on the number of exchanges carried out, this investigation phase may last between two and six months. The INPI then has a maximum period of three months to render its decision.

Thus, the total duration of the procedure should last a maximum of nine months from the date of notification of the action to the adverse party, which is much faster than the legal action hitherto open to the applicant.

A stay of proceedings may be requested jointly by the parties for a period of four months, renewable twice. It may also be suspended at the initiative of the INPI, in particular pending the receipt of information and elements likely to have an impact on the outcome of the dispute or the situation of the parties.

Finally, unlike court proceedings, the applicant need not demonstrate a specific legal interest. This will therefore allow a greater number of actions and give rise to new strategies for the release of rights.

In conclusion, the introduction of these new administrative procedures by the implementation of the “Trademark reform Package” in France provides a fast and inexpensive procedure, against a registered nuisance trademark avoiding the much more restrictive judicial process.