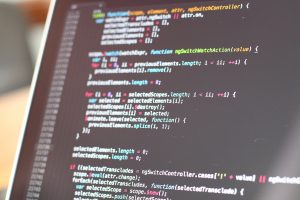 The Spanish company Scalpers Fashion is active in the fashion industry. It is the owner of numerous trademarks incorporating the “Scalpers” sign, including the European Union trademark “Scalpers” No. 6748578, registered on September 29, 2008. The company has filed a UDRP complaint before the WIPO Arbitration and Mediation Center against the domain name <scalpers.com>, claiming that it infringes its rights. The domain name was registered on September 15, 1997, by the Respondent Dreamissary Hostmaster, who is in fact a natural person, a U.S. citizen and the holder of a substantial number of domain names featuring dictionary words. The domain name at issue was exploited to generate pay-per-click revenues by leading to sponsored links referring to the sale of tickets. At the time the complaint was filed, the domain name in question resolved to a parking page.

The Respondent contends that he registered and used the domain name <scalpers.com> because of the definition of the word “scalper”: a person who buys tickets at the normal price and then resells them at a high price when demand is high and available seats are scarce. In addition, the latter requires the expert to conclude to reverse domain name hijacking.

The Complainant clearly should have known that the complaint could not succeed. Thus, it should be borne in mind that the UDRP procedure is not a one-way tool. The aggrieved Respondent may attempt to reverse the proceedings to obtain a decision against the Complainant. Here, the lack of chance of success was particularly blatant, as the domain name predates the trademark rights of Scalpers Fashion.