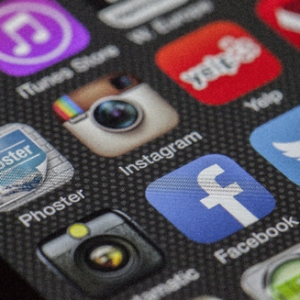 With the development of social networks, creativity on Internet expanded to a point that it became almost imposible for an artist or a brandto not have their Instagram or Facebook page. The presence on social networks has become an almost essential prerequisite for the reputation of an artist.

The Terms of use of Instagram, especially popular with photographers for exhibiting  their work, provide that users remain as owners of the content they post on the network. However, in several recent cases, photographers have noted their work shared or reposted without being able to oppose.

Therefore, an essential question arises :Do we keep the ownership of the photos we post on social networks ?This question seems to animate the debate between different countries.Inthe US the answer looks negative, while, on the other hand, France seems to be more protective.

In 2015, Richard Prince, stylist, painter and photographer chose to expose screenshots of the social network Instagram with different pictures without obteining the author’s agreement. He earned more than 100 000 dollars from the sale of these artworks, and the authors of the original pictures didn’t receive any money for this commercial exploitation.

In the United States, this practice falls under the so-called « Fair use » exceptions which alllow an artist to work from an existing picture and to transform it without infringing the copyrights.

A circumvention of the law: the Mashable case

More recently, the american information website Mashable wanted to publish an article related to the work of ten women photographers. One of them, Stephanie Sinclair, denied Mashable the right of using her artwork. The site therefore bypassed this refusal by using the Instagram network function “embed”, allowing to share content without having to download it. Thus, the image used is only stored on the social network and not on the server of the Mashable website, directly.

The New York Southern District Court, in a judgment given on April 13, 2020, declared that the author of the photographs posted on a public Instagram account could not oppose that an online media integrates them in his articles. In addition, the judge based his decision on the Terms of use of the social network which provide that users grant for each posted image “a non-exclusive right, free of rights, transferable, sublicensable and worldwide“. According to the judge, the integration of an image on a third-party site therefore constitutes a sub-license right.

It is considerated that when a user posts a photo on a public Instagram account, they give their agreement for all use via the « embed » function.

Following this decision, the photographer Stephanie Sinclair said she would appeal.

What about French law on social networks ?

In France, this statement may be attenuated by articles L.131-1and L.131-3of the Intellectual Property Codewhich prohibit the “global transfer of future works” and provide that “the transmission of the rights of the author is subject to the condition that each of the rights transferred is the subject of a separate mention in the deed of transfer and that the area of ​​exploitation of the rights transferred is defined as to its extent and destination, as to the place and as to the duration”.

Based on this, the Paris Tribunal de Grande Instance (High Court of Paris) has already judged unfair, in the Twitter (2018) and Facebook (2019) cases, clauses similar to that invoked by the American judge concerning Instagram.

In short, while the struggle of artists in the United States to assert their rights on social networks and particularly on Instagram, seems laborious, it should be noted that French law is more protective of authors and artists. To be continued

Dreyfus can assist you in the protection of your rights on social networks in all countries of the world. Do not hesitate to contact us.