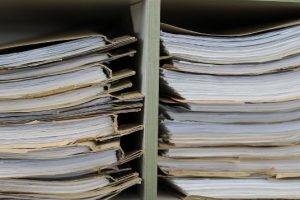 Since December 11, 2019, the French opposition procedure has evolved. We provide an update on the changes and questions.

Key elements about the French opposition against trademarks

This was the case before the reform and it hasn’t changed since: an opposition can be filed against a French trademark application or an international trademark designating France.

The time limits to act remain unchanged and are as follow:

– Regarding the registration of a French trademark application, an opposition must be filed within two months of the publication of said application in the French Official Bulletin of Industrial Property (BOPI).

– In the case of an international trademark application designating France, the opposition request is filed within two months of the publication of the registration in the WIPO Gazette of International Trademarks.

This procedure has evolved since December 11, 2019, offering a new opposition process.

In which situations does the new opposition procedure apply?

– Applicable to French trademark applications filed as of December 11, 2019, for trademarks published in the BOPI as of January 3, 2020.

– Applicable to French designations of international trademark applications, published in the WIPO Gazette as of December 11, 2020.

What is the purpose of this reform?

This reform was implemented in order to reinforce the adversarial principle, by allowing the parties to exchange and compare their arguments throughout the procedure, on the one hand; and on the other hand, to support the analysis of evidence of use of the earlier trademark.

What are the changes brought about by this new opposition procedure?

If you wish to oppose a trademark application filed after December 11, 2019, you can now :

– Base your opposition on other rights than trademark rights (which were not previously taken into account) such as well-known trademarks, company names or corporate names, trade names, signs or domain names;

– Invoke several previous rights in the same opposition (provided they belong to the same owner) ;

What are the rights and grounds for the opposition?

Prior to the reform, the rights and grounds on which an opposition could be based were as follows:

– Infringement to the name, image or reputation of a local authority.

With the reform, the following previous rights are added:

– Name of a public entity ;

– Trademark registered by an agent without authorization.

Is the examination of evidence of use deeper?

Genuine use, or proper reasons for non-use, must be reported for each good and service invoked in support of the opposition. Thus, the earlier trademark will only be deemed to be registered for the goods or services for which this demonstration has been made. The INPI is now in charge to carry out said examination. In the past, only the courts were in charge.

As far as domain names are concerned, since the GDRP the Whois records are anonymized. How can it be justified that the person who made the domain name reservation has the right to file an opposition?

Which are the changes in the course of the procedure?

A phase of exchanges, also known as the “instruction phase” is set up. It starts with the notification of the opposition to the applicant. This instruction may include up to three phases of exchanges between the parties.

From now on, the procedure is no longer confined to a 6-month period. It is however subject to the principle of « silence is tantamount to rejection », within a period of 3 months. This means that if the INPI has not ruled within 3 months following the end of the exchange between the parties, the opposition is rejected.

The duration will therefore vary according to the number of replies from the parties, but in any case may not exceed 13 months.

What are the cases of suspension of the procedure?

Suspension is possible in several cases:

– When one of the rights invoked in support of the opposition has not yet been accepted or is subject to a legal action;

– At the initiative of the French trademark Office, the INPI.

The entire procedure is suspended when the opposition is based on several rights, even if the suspension concerns only one of the rights invoked.

The duration of the suspension in the event of a joint request by the parties is extended to 4 months and renewable twice, i.e. 12 months in total, instead of 6 months in the past.

Does the French Trademark Office INPI have more power in the new procedure?

This new opposition procedure greatly strengthens the role of the INPI.

Before the new procedure, the role conferred on the INPI in the examination of proof of use was limited: apart from cases where the lack of use was proven, the opposition procedure was not closed.

This reform reinforces the adversarial principle and, consequently, the protection of the rights of trademark owners.