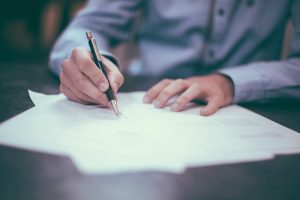 In a decision of the Court of Justice of the European Union from April entretiennent, 2020 Gugler France SA v Gugler GmbH (Case No 736/18), the Tenth Chamber held, in the context of an invalidity action, that there is no likelihood of confusion between a trade mark and an earlier corporate name if, at the time of filing, the companies do in fact maintain economic links, and provided that there is no likelihood of error among the public as to the origin of the designated goods.

As a reminder, the Article L711-4 of the Intellectual Property Code states that it is not possible to register a trademark that could infringe prior rights, and in particular, if there is a likelihood of confusion, distinctive signs such as the company name or corporate name.

Thus, a conflict may arise when a company files as a trademark a sign that is identical to the corporate name of a company operating in the same sector of activity, creating in consequence a likelihood of confusion. The owner of the previous corporate name will then be entitled to act to cancel the trademark.

While the coexistence of a company name with a subsequently registered trademark had already been admitted (decision of the Paris Court of Appeal from February 24, 1999), it had also been affirmed that, if the use of the prior rights infringed their trademark right, the owner could request that the use be limited or prohibited (Commercial Chamber of the Court of Cassation of November 12, 1992). Therefore, the trademark right could defeat the prior right.

Thus, in case law, there is a certain prevalence of trademark rights over other distinctive signs.

In its decision from April 23 ,2020 Gugler France SA v. Gugler GmbH, the ECJ clarified the assessment of the likelihood of confusion between a trademark and an earlier company name.

On November 17, 2010, Gugler France filed an application for a declaration of invalidity of the trade mark, in respect of all the goods and services designated, on the basis of its earlier company name.

The CJEU, seized after an application filed with the Cancellation Division of EUIPO and the filing of an appeal before the General Court of the European Union, confirmed the latter’s decision and dismissed Gugler France’s application for a declaration of invalidity.

In fact, on the day the trademark was registered, there were commercial relations between the parties, Gugler France being the distributor in France of the products manufactured by Gugler GmbH. In addition, Gugler GmbH held shares in the capital of Gugler France.

The Court held that the fact that consumers may believe that the goods and services in question come from companies which are economically linked does not constitute an error as to their origin.

According to the Court, the mere existence of a single point of control within a group in respect of products manufactured by one of them and distributed by another may be sufficient to exclude any likelihood of confusion as to the commercial origin of those products.

By this solution of the Court, the essential function of a trade mark right, which is the function of guaranteeing the identity of origin of the marked goods or services, is also indirectly recalled. The trade mark thus serves to distinguish the goods or services of one company from those offered by another company. Therefore, in this case, the commercial links between the two parties made it possible to consider that the goods had the same commercial origin.