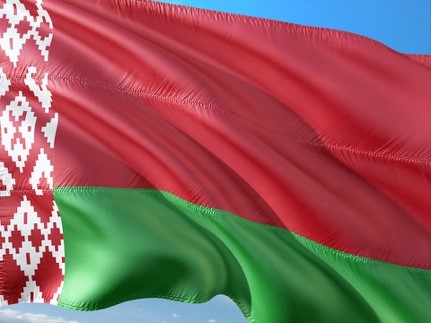 Over the past two decades, like other countries in Central and Eastern Europe, Belarus has focused its efforts on the transition to a knowledge-based economy. To do so, the government is supporting the development of an innovation ecosystem that fosters business growth and the country’s long-term economic viability. Strengthening the national intellectual property system is at the heart of this project.

The Hague system offers the owner of an industrial design the possibility of obtaining protection for his design in several countries by filing a single application in one language with a single Office.

This system is administered by the World Intellectual Property Organization (WIPO) in Geneva, Switzerland.

Since May 13, 2015, the United States and Japan can be designated as countries for the registration of an international design. Most recently, Belarus joined the Hague System for the International Registration of Industrial Designs.

As a general rule, industrial design protection is limited to the country in which it was granted. The Hague Agreement Concerning the International Registration of Industrial Designs provides for an international registration procedure: the applicant can make a single international deposit, with WIPO. The holder can designate as many Contracting Parties as he wishes.

An international registration produces the same effects as those of a registration effected directly in each of the countries designated by the applicant, provided that protection is granted by the competent Office of such country.

On April 19, 2021, Belarus deposited its instrument of accession to the Geneva Act (1999) of the Hague Agreement with the Director General of the World Intellectual Property Organization (WIPO). The Republic of Belarus becomes the 66th Contracting Party to the 1999 Act and the 75th member of the Hague Union.

This accession brings the total number of countries covered by the Hague system to 92, expanding the system’s coverage further into the Commonwealth of Independent States (CIS).

This Agreement allows the registration of an industrial design in several countries through a single application to the International Bureau of WIPO.

The advantages of such an international design filing are numerous.

On the one hand, it considerably reduces formalities while offering registration in several countries. On the other hand, it makes it possible to simplify the subsequent management of the design as all the acts necessary for the protection of this design, such as renewal or registrations, will be carried out through a single procedure.

Besides, it is interesting to note that, unlike the international trademark system, no prior national application or registration is necessary to apply for an international design.

Finally, the only limit to this international industrial design system is the number of members. Indeed, only the States members of the Hague Agreement as revised on several occasions and in particular by the Geneva Act of 1999, can be designated by this international registration.

In other words, and once again in a manner comparable to the international mark, in order to designate certain countries, the applicant will have to file a national design and will have to go through the accompanying formalities.

However, while there are to date 95 member countries to the Madrid Agreement and to the Protocol relating to this arrangement concerning the international registration of marks, there are unfortunately only 64 members for the international registration of industrial designs and models. Several countries are therefore missing, including countries such as Australia, China, the Russian Federation, Ireland and Mexico.

Since July 19, 2021, Belarusian businesses and designers will be able to start using the Hague System to protect their designs internationally by filing a single international application covering up to 100 designs.