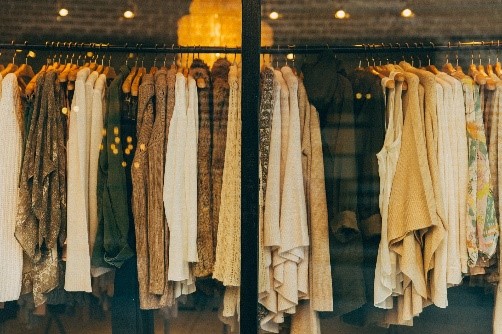 A right or legitimate interest in a domain name may be demonstrated by its use in the context of a bona fide offer of goods or services. This assessment requires to take into account how the domain name has been used, but also the space-time framework: When was the domain name registered? By whom? In which country?

Founded in 2003, Ba & sh is a French company operating in the field of design, manufacturing and distribution of women’s ready-to-wear clothing and fashion accessories.

Having detected the registration of the domain names <bashshitever.com> registered in 2014 and <bashclothing.co> in 2020, Ba & sh filed a complaint with the WIPO Arbitration and Mediation Center in order to obtain the transfer of these domain names.

While the construction of the <bashshitever.com> domain name is somewhat intriguing, the fact that the <bashclothing.co> name contains the term “clothing” may have led Ba & sh to consider that its rights were being infringed.

In any event, since the domain names include the sign “BASH” except for the ampersand, the panellist acknowledges a likelihood of confusion.

Nevertheless, the panellist deems that Respondent has chosen these domain names independently of Complainant’s trademark and has used them in the context of a bona fide offer of its goods on the corresponding websites.

Indeed, Respondent is from Malaysia, where the company was founded in 2015, while Ba & sh has provided no evidence of actual use of its BA & SH mark in that territory. Khor Xin Yu, Respondent, explains that he co-founded “BASH CLOTHING” in 2013 when he was 18 years old and that the mark was also used in Singapore in 2017. Initially, the sign used was “Bash Shit Ever”, later changed in 2020 to “Bash Clothing” as part of a branding update.

Similarly, Respondent provided an explanation and documentation justifying the selection of the sign BASH because of the meaning of the dictionary term “bash”. Finally,  Respondent used a logo that differs from that of Complainant.

Complainant has not shown that  Respondent registered and used the disputed domain names in bad faith.

Indeed, when the first disputed domain name <bashshitever.com> was acquired by Respondent, Complainant had been operating in France and worldwide for about 11 years and had owned an international trademark for about 7 years, designating Malaysia. However, Complainant has not presented any evidence of actual use of its BA & SH trademark in Malaysia at the time of registration of the first disputed domain name.

In addition, a Google search for “bash” shows several results unrelated to Complainant or its trademark. Respondent has also provided a plausible explanation as to why he chose the term “bash”, an English dictionary term related to the idea of a party insofar as its initial target was female students.

Finally, although the parties operate in the same market segment (i.e. ready-to-wear and accessories), Respondent’s use of the disputed domain names does not show an intention to compete with Complainant and its trademark, given the different logos/layouts, the significantly lower prices at which the Respondent’s clothing is offered for sale, and the absence of any information on Respondent’s website that would lead users to believe that the website is operated by Complainant or any of its affiliated entities.

The complaint is, therefore, dismissed.

Ba & sh should have investigated Respondent’s motives before initiating a UDRP proceeding, including whether its trademark was known in Respondent’s country when the first domain name was registered. It should also have determined for how long  Respondent had been using the “Bash” sign for fashion activities. An investigation could have revealed these elements. Respondent explains that he first marketed the Bash clothing on social networks. And, depending on the answers to these two questions, write a proper letter to the defendant