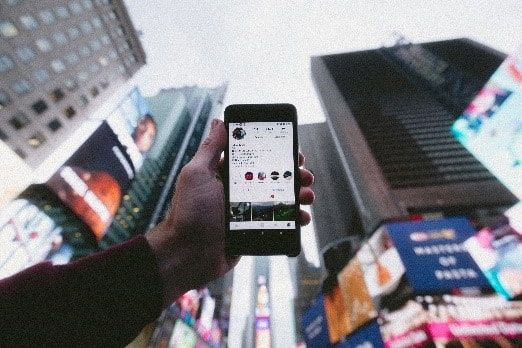 The Internet has changed the way we do business. From now on, advertising agencies are no longer the only ones to promote their client’s products; influencers have become the privileged interlocutors of brands wishing to make their products successful. If this approach does not seem abnormal, legal actions are flourishing against these people, for trademark infringement.

In a recent case, “Petunia Products, Inc. V. Rodan & Fields, et al.”, the plaintiff Petunia Products (“Petunia”) filed a complaint against Rodan & Fields for infringement of its trademark “BROW BOOST”. The latter had hired the influencer Molly Sims in order to promote its “Brow Defining Boost” product. On August 6, 2021, Federal Judge Cormac J. Carney dismissed the influencer’s motion to dismiss the complaint of alleged trademark infringement, in particular, because the plaintiff had succeeded in demonstrating that the promotion of the contested product could mislead consumers and create a likelihood of confusion between the prior trademark and the defendant’s product.

In particular, the judge argued that the Federal Trade Commission (FTC) declared that influencers and celebrities could be held liable for false or, at the very least, misleading advertising. Judge Carney drew a parallel with the case at stake and considered that every statement made by an influencer could amount to liability. Besides, and this is the main point of the first decision in this case, the judge took into consideration the risk of confusion, keystone of any claim for trademark infringement. In this case, this risk was genuine since the products were in direct competition with each other, from two competing companies operating on the same market, with a very similar name.

However, this decision must be balanced insofar as Judge Carney only ruled on the motion to dismiss filed by the influencer.

Concept and role of the influencer

It is necessary to understand the legal definition of “influencer”. In the opinion in Maximian Schrems v. Facebook Ireland Limited, Advocate General Bobek defines influencers as “everyday, ordinary internet users who accumulate a relatively large following on blogs and social media (…)”.

The French Authority of professional regulation of advertisement (ARPP) defines an influencer as “an individual expressing a point of view or giving advice in a specific field (…)”. It adds: “an influencer can act in a purely editorial framework or collaboration with a brand for the publication of content (product placement, (…), distribution of advertising content, etc.)” (free translation).

The influencer, therefore, has the power to direct the choices of the people following him/her, which is all the easier as the social networks on which they act are increasingly simple of use and accessible to the greatest number. Because of this ease of use, two American influencers, Kelly Fitzpatrick and Sabrina Kelly-Krejci promoted counterfeit products on Instagram and TikTok for sale on the Amazon platform. Amazon, therefore, filed a lawsuit on November 12, 2020 against the two women for fraudulent promotion of counterfeit products.

What is the influencer’s responsibility?

First of all, and Judge Conrey noted this in his decision, the influencer must state on the publication that the promotion of the brand results from a collaboration with the latter.

In France, this is also a recommendation of the French Professional Advertising Regulation Authority but most of all a legal obligation, which the French law for confidence in the digital economy (LCEN) of 2004 had already formulated. If the influencer can escape the net and not be found guilty of trademark infringement within the framework of a collaboration (that would be different if he/she promotes an infringing product directly), he/she could, be found liable of parasitism, unfair competition or misleading commercial practice, all three of which are heavily sanctioned under Article 1240 of the French Civil Code.

However, it is noteworthy that the influencer bears the weight of his/her responsibility concerning the information he/she publishes! Therefore, if a plaintiff can prove that the influencer in question was fully aware that the product he/she was promoting infringes on a third party’s rights, then it is likely that a judge would find the influencer and the company that contacted said influencer guilty of trademark infringement, either jointly or individually. Again, the judge will also consider the extent to which the product advertised by the influencer could confuse the public mind.

Hence, being an influencer is not without risks, and the partnership agreement concluded with a company must be carefully examined beforehand. Analysing the environment is essential as well as the product to be promoted must not infringe upon the prior rights of a trademark, even more so a competitor.

Dreyfus is at your disposal to assist you in securing these projects.

♦ Instagram and social networks : what rights do users have in their posted photos?