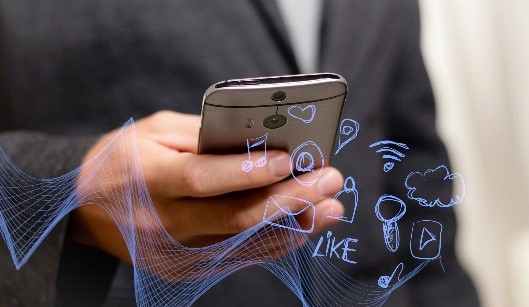 Anonymity on the Internet, or the eternal debate about social networks, raises more and more moral and legal questions with an exponential number of disputes brought before the courts.

The popularization of social networks is usually associated with anonymity, and therefore with the eternal debate about the lifting of anonymity in the face of the excesses of certain users. The murder in October 2020 of Professor Samuel Paty, targeted on social networks, or a wave of insults towards a candidate of Miss France at the end of 2020, have re-launched this discussion on the political scene. And especially the desire to add a section to the French legislative proposal “strengthening the respect of the principles of the Republic” to fight against online hate.

The answer is no in most cases. Indeed, when we browse the Internet, an IP address anchors each of our researches. This address makes it possible to identify each device that connects to the Internet, even indicating the geographical location of the person.

This is one of the reasons why it is very difficult to leave no trace of your passage on the Internet, unless you are a very experienced technician.

The difficulty in reality is related to the obstacles linked to the recovery of these data allowing to identify a user, more than to the existence of anonymity stricto sensu. The Internet actors play a preponderant role in the possibility that some users have to hide their identity. This concealment has increased especially with social media.

The position of social networks

Social networks and other platforms argue that they are simply “host” or “technical intermediary” to reject a request to lift anonymity or to delete an account that is the author of contentious content.

Only a court decision can force these platforms to lift anonymity on an account. However, judicial decisions are still discreet. This can be explained on the one hand by the fact that positive law only allows the anonymity of an account to be lifted if the content is clearly illicit. On the other hand, the freedom of expression constitutes an obstacle to the lifting of anonymity.

However, some recent decisions seem to reverse this trend.

French jurisprudence on the move

On February 25, 2021, the Paris Judicial Court (Tribunal judiciaire, Paris, (ord. réf.), February 25, 2021, G. B. c/ Sté Twitter International Company) ordered Twitter to communicate the identification data of a user, in a case against a female Youtuber. Under Article 145 of the French Civil Procedural Code, “if there is a legitimate reason to preserve or establish before any trial the evidence of facts on which the solution of a dispute may depend, legally admissible measures of investigation may be ordered at the request of any interested party, on application or in summary proceedings. The influencer filed a request with the Court for the communication of identification data in parallel with the filing of a criminal complaint for defamation.

This communication of data by hosts is provided for by Article 6-II of the law of June 21, 2004. Indeed, this article provides for an obligation for hosts to hold and retain data allowing the identification of persons who have: “contributed to the creation of the content or of one of the contents of the services for which [they] are a provider”.

The Court granted the applicant’s request, as the existence of a legitimate reason was well established, namely the short duration of the storage of these identification data. The court thus ordered Twitter to disclose the necessary information:

The European court, also seized of the matter

The High Court of Ireland has referred to the Court of Justice of the European Union the issue of lifting anonymity in a case between Facebook Ireland and a school, whose staff was subjected to derogatory comments via an Instagram account (a platform recently acquired by Facebook).

The question posed to the CJEU, concerns the threshold of seriousness that allows an exception to the GDPR, which protects our personal data, and thus be able to condemn the platform concerned to lift the anonymity on the authors of the contentious content.

The answer of the CJEU, will not come before several months, however it will surely allow to have clearer criteria concerning the balance between the respect of freedom of expression, protection of personal data, and infringement of people.

These decisions could open the way to a more supervised and therefore better regulated anonymity on social networks. A growing body of case law in this area, could encourage the courts to more condemn more easily these platforms, to communicate these identification data in order to punish the illicit content that users publish too easily, taking refuge behind anonymity and freedom of expression.

Dreyfus is at your disposal to assist you in securing these projects.

♦ How will the Digital Services Act change the legal framework for the Internet service?