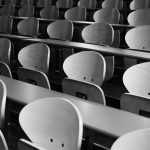 The name < PARISTECH.ORG >, operated by Parisian entrepreneurs, would not infringe Paritech’s rights.

At the end of the year 2021, a surprising UDRP decision was issued. It concerned a complaint filed against the domain name < paristech.org > that was registered by an anonymous registrant in 2017. The complaint was filed by the French ParisTech Foundation («ParisTech») who is known for its higher education services primarily in the fields of science and technology,

ParisTech notably owns two French Paristech trademarks, registered in 1999 and 2010 and subsequently renewed, as well as the international trademark “Paris Institute of science and technology Paristech” registered in 2010 and renewed in 2020. It also owns the <paristech.fr> domain name, registered in 2004.
The disputed domain name was used to disseminate French articles on a variety of topics, most of which related to technology and innovation. Before filing a complaint, the complainant attempted to contact the registrant at the address mentioned on its website, but without success.

After the complaint had been filed, the defendant indicated that he was open to find an amicable agreement with the complainant. Although it led to the suspension of the proceedings, the negotiations – whereof the content has not been reported – were not successful. Consequently, the proceedings resumed. The defendant submitted a late response to the complaint, which the expert decided not to accept, based on the consideration that it would not have changed the outcome of the case anyway.
In his analysis, the expert acknowledges that the domain name is identical to the complainant’s prior Paristech trademarks.

However, as far as the legitimate interest is concerned, his position may seem unexpected since he decided not to rule on the matter.

He noted that the website included articles on various topics that mostly related to technology and innovation. The site incorporates a «Paris Tech» logo at the top of the page and at the bottom, a reference to the city of Paris and a postal code.

He noted that the «Paristech» website is managed by two Parisian entrepreneurs who want to keep track of technological developments.

The only method of contact is an email address. Nonetheless, the complainant demonstrated that this email address does not work.

The expert further noted that the legal notices only contained the contact details of the OVH host and that the contact details did not correspond to those provided by the registration office.
However, he noted that there is no evidence to suggest that the purpose of the defendant was to target the complainant’s trademark. The “Paris Tech” logo on the site is different from that of the complainant. In addition, the expert stated that the content presented on <paristech.org> and <paristech.fr> are different.

He explained that «Paristech» can easily be understood as “Paris Technology” referring to the content of the site.

Based on these facts, the expert considered that the complainant failed to prove the defendant’s bad faith and referred to his comments on this point.

He considered that the defendant could have known about the Paristech trademark when he registered the domain name since the complainant’s trademark appears to be known in France in connection with its research education services and that the website is operated by Parisian entrepreneurs, where the complainant is based.

Nevertheless, he noted that the site was non-commercial, relating to technology and innovation, and did not refer to the complainant’s field of activity, namely education.

Moreover, the expert noted that the complainant did not provide proof that the registrant had proposed the domain name for sale before the start of the proceedings, nor that he would have obtained a financial gain by making use of this domain name through taking advantage of the risk of confusion. Hence, the domain name registration does not constitute an abusive reproduction of third-party trademarks.

He therefore rejected the complaint, stating that the choice to hide his contact information on the Whois file and to provide on his website a contact email address that does not work is not sufficient to conclude bad faith registration.
This decision may seem surprising given the complainant’s reputation among the French speaking and international public.

The domain name is strictly identical to the earlier trademark and reproduces part of the complainant’s legal name. The website is operated in French. However, the complainant is located in France where it enjoys a certain reputation.

The legitimacy of the site may seem questionable since no legal notice is inserted and the contact address is false. The defendant does not claim trademark rights or a legal name «Paristech».
The website’s topics are similar to those covered by ParisTech. The fact of not drawing active income or not actively proposing the sale of the domain name does not mean that the defendant did not intend to target the complainant’s trademark. We note that as of December 30, 2021, the site is inactive.

By consulting the history of the Whois of the disputed domain name, we can see that on February 12, 2017, the name was held by Mr. X, ParisTech company. According to our research, the latter was the general manager of ParisTech. Subsequently, the name became anonymous. Therefore, there appears to be a very clear link between the complainant and this domain name.

Finally, although the articles promoted on the site do not focus on education, it could be argued that the dissemination of informative articles can be related to it.

It appears that the expert based his decision primarily on the lack of commercial intent in the use of the disputed domain name.

However, the expert noted that if the content of the website were to change in order to infringe the complainant’ rights, then the complainant would be free to pursue legal action.