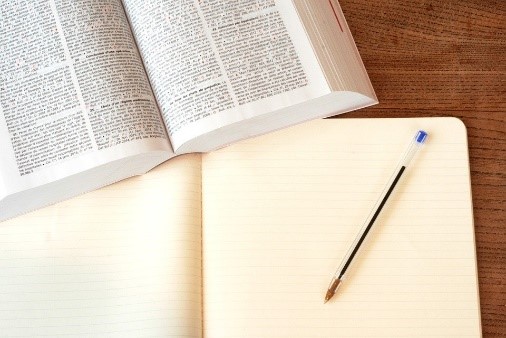 Don’t be fooled, although the argument of the family of trademarks can certainly be used to avoid the cancellation of a trademark for non-use, it can also work against you. This is partly the lesson taught by a decision rendered on December 17, 2021 by the Paris Court of Appeal (Paris Court of Appeal, Pôle 5, ch. 2, n° RG 20/17286), judging a summary judgment on appeal.

This decision also provided an opportunity to clarify a crucial and not uncommon point of law: the licensee’s standing to sue for infringement in the event of a referral to the interim relief judge.

Facts and procedure. – The first applicant, a natural person named Soraya, is the owner of the European Union word trademark SORAYA covering a swimwear and beachwear creation and distribution activity. She is also the owner of French and European Union semi-figurative trademarks composed of the name SORAYA.

These trademarks are exploited through a company, the second applicant, of which the owner of the trademarks is herself the manager and sole partner. The summary proceedings were brought on behalf of both the operating company and the trademark owner. A contract conferring an exclusive concession was previously concluded between the trademark owner and the company.

After becoming aware of the existence of a company called Soraya Beachwear Ltd. located in Switzerland, the licensee applied to the interim relief judge to obtain a temporary restraining order against it. The latter company operates a website selling swimwear and beachwear on line <sorayabeachwear.com>, as well as an Instagram account related to this site. Also named Soraya, the founder of the challenged company chose to use her first name to designate her collections.

Following the dismissal of their claims, the applicants appealed the summary judgment order.

Admissibility of the licensee to act in summary proceedings alongside the owner. – One of the contributions of this judgment is the interpretation made by the Paris Court of Appeal of Articles L. 716-4-2 of the Intellectual Property Code and 25 4° of the EU Regulation 2017/1001, relating to the standing of a licensee.

Under French law, there are cases in which a licensee may bring a “civil action for infringement”, notably with the consent of the owner or as a beneficiary of an exclusive right of use, provided the owner has not taken the initiative to act within a reasonable period of time after formal notice.

In any event, the Intellectual Property Code and the above-mentioned European regulation both provide that a licensee is entitled to intervene in the infringement proceedings brought by the holder of the IP rights.

There is no doubt in this case that the operating company must be considered as the beneficiary of an exclusive right of use on the invoked European Union word trademark since the exclusive trademark license, submitted to the debate, bestows on the company the status of licensee.

However, it was not a question relating to the intervention the company in the proceedings, but rather of an action being brought jointly by the company and the trademark owner. There seemed to be a confusion between the filing of a joint action, which requires the consent of the owner when the licensee initiates the action, on the one hand, and the intervention of a third party in proceedings initiated by another party, on the other hand. Indeed, it is expressly mentioned that the company “acted in summary proceedings jointly” with the trademark owner before the President of the judicial court. In bringing this action, the licensee seeks to obtain “compensation for the damage that it has suffered”, as provided for in the law rules relating to the intervention of the licensee.

One of the decision’s highlights is the fact that the license agreement was not registered, which is a condition for its enforceability against third parties. It was however ruled that the lack of publicity of the agreement did not hinder the licensee status acquired by virtue of a validly concluded agreement.

The appeal decision therefore deemed admissible the applicants’ action and reversed the interim order on this count.

It should be noted, however, that in the case of a ‘simple’ licensee (who enjoys a non-exclusive license), the solution held by judges not the same. Indeed, under the terms of a previous decision (TGI Paris, ord. ref, July 21, 2011, No. 11/55158, Sté Lyl c/ Michel Attali), the summary proceedings judge stated the inadmissibility to act of the simple licensee: “only a person with standing to bring an infringement action may refer the matter to the summary proceedings judge in accordance with the provisions of Article L. 716-6 (…), this is not the case of the non-exclusive licensee who is only admissible to intervene in an infringement proceeding initiated by another party in order to obtain compensation for the damage that is specific to him, by application of article L. 716-5 of the Intellectual Property Code”.

In addition to verifying standing, the summary judgment judge, when not confronted with a manifest nullity of the title invoked, limits itself to assessing the existence or imminence of an infringement of the petitioners’ rights.

Lack of use of the invoked trademark. – The procedure to be followed by the interim relief judge was specified in a decision of June 28, 2011 (TGI Paris, ord. ref, June 28, 2011): “The interim relief judge must therefore rule on the challenges raised before him to oppose the measures requested, and these challenges may concern the validity of the title itself ; It is then up to the judge to assess the seriousness or otherwise of the challenge and to evaluate the proportion that exists between the challenge made by the defendants and the imminent infringement alleged by the plaintiffs and to decide, in view of the risks incurred on both sides, whether or not to prohibit the marketing of the products, to order their withdrawal and to award an advance”.

In this case, the infringement of the applicants’ rights could seemingly be characterized by the use of the identical name SORAYA to cover strictly identical products and services, namely swimwear and beachwear, as well as the related commercial services.

The applicants, in order to claim infringement, relied solely on one of their trademarks: a European Union word trademark composed exclusively of the first name SORAYA. However, in order to be successful in the proceedings, the applicants had to be able to demonstrate genuine use of the trademark in question.

As a reminder, a trademark is subject to genuine use if, within a continuous period of 5 years, it is be used in accordance with its essential function, which is to guarantee the origin of the goods and services for which it is duly registered (Regulation (EU) 2017/1001 of 14-6-2017 art. 58, 1-a).

The applicants, in communicating the evidence intended to demonstrate the serious use of the trademark, seemed to rely on a certain reputation, which they did not explicitly argue. Instead, they testified to a simple “well-known use” of the trademark, induced in part by their long-standing partnership with the Miss France election. However, the argument that did not work in their favor was that “the exploitation of the derived trademarks that were the subject of subsequent registrations did not in any way diminish the use of the historical trademark SORAYA. In addition, in order to justify the serious use of the trademark, the applicants communicated documents with a certain date, but for the complex SORAYA signs and not for the SORAYA word trademark. Moreover, among the plethora of documents submitted in support of genuine use of the trademark, several of them did not have a definite date, which makes it impossible to determine whether the trademark was actually used during the five-year reference period for which genuine use must be proven. However, this period was not communicated by the opposing party’s appeal. Therefore, in this respect, the first instance court judges referred to the period specified in the last pleadings addressed to the summary proceedings judge.

With respect to the various trademarks derived from the trademark in question, which are mostly semi-figurative trademarks, the judges will consider them as a family of trademarks.

This qualification of family of trademarks must be retained, according to consistent caselaw, for trademarks commonly held by one and the same owner and including the same distinctive element. Although the contours of this concept are insufficiently understood, it should allow a trademark owner and operator to avoid the sanction of cancellation for failure to use a trademark, whether registered or not.

A recent decision rendered by the European Union Court of First Instance (EUTA) testified to the appropriateness of this concept in relation to several trademarks containing the element “Mc”/”Mac” and owned by the American company McDonald’s. In 2016, McDonald’s won the case by asserting the following 12 trademarks in the European Union: McDONALD’S, McFISH, McTOAST, McMUFFIN, McRIB, McFLURRY, McNUGGETS, McCHICKEN, EGG McMUFFIN, McFEAST, BIG MAC, PITAMAC. The qualification of “family of trademarks” was thus retained to cancel a “MacCoffe” trademark.

Practical considerations from the decision:

– The exclusive licensee, together with the owner of the trademark, is entitled to bring an action in summary proceedings for the prosecution of alleged infringements;

– The licensee has standing to act even if the contract under which he derives his rights has not been subjected to publicity formalities;

– The assessment of the genuine use of a European Union trademark is carried out with regard to a reference period of 5 years, which is in principle specified by the party claiming the lack of such use, both in the writings addressed to the judge of the summary proceedings and to the Court of Appeal;

♦The Specsavers vs Asda saga: Genuine use of trademarks