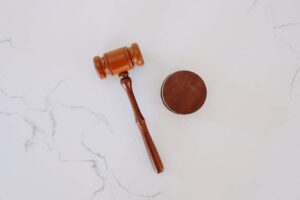 In the decision held on May 11th, 2022, companies BH Vigny, BH Hotels, BH Balzac, all belonging to the same group, saw their UDRP complaint get rejected for lack of precision on an ongoing legal procedure.

The dispute involved five different domain names, namely <amarantebeaumanoir.com>, <amarantecannes.com>, <amarantechampselysees.com>, <hotelbalzac.com> and <hoteldevigny.com>, each of which referred to a French luxury hotel. The domain names were registered by Respondent, MBI Holdings. The evidence in the case shows that the director of MBI Holdings was also the director of two other entities: JJW Luxury Hotels and Amarante.

The case is complex as it takes place in the context of a takeover between JJW Luxury Hotels and Amarante and Complainants. Several hotels in France had been acquired by the Complainants, including the above-mentioned hotels. Shortly before the UDRP complaint was filed, the three Complainants, members of the same group, had initiated not only a business transfer agreement, but also a trademark assignment agreement with the Respondent. According to the Complainants, the effect of this agreement was to grant full ownership of the trademarks and domain names associated with the aforementioned hotels.

However, Respondent argued that, contrary to the Complainants’ assertion, the transfer of the businesses and associated trademarks had not yet become permanent. In fact, a dispute was pending before the French court. Similarly, it appeared that certain contractual provisions provided for the retention of certain company funds in an escrow account. These provisions therefore suggested that the transfer of assets were not complete, final or irreversible.

The first element is in default, according to the Expert, who however moderates his statement. The question of ownership of rights is raised, as the Respondent claims that the rights to trademarks and domain names have not yet been validly transferred. The Expert asserts that the evidence provided by the Complainants is not sufficient in order to determine whether the transfer of ownership is actually effective. In fact, Complainants did not provide any information on the ongoing legal proceedings, nor did he mention them in his complaint.

Understandably, the second requirement of paragraph 4(a) is not specifically discussed by the Expert, as it is essentially linked to the first. If Complainants are not able to demonstrate that the transfer of rights has taken place, they cannot prove that the Respondent, who previously held the rights, no longer does so.

Finally, the third requirement also poses a challenge for the Expert. In light of the context, it seems unlikely that the domain names were registered in bad faith, as the Respondent appeared to demonstrate a legitimate registration and use of the five domain names. Again, the lack of evidence does not allow the Panel to conclude that the bad faith test is met.

In summary, the texts are applied strictly and it is quite easy to understand the Expert’s position in this case. The solution could undoubtedly have been quite different if Complainants had communicated about the ongoing legal proceedings and submitted evidence that would have demonstrated the Respondent’s bad faith. According to the Expert, this case is not a classic case of cybersquatting, but rather a concurrent dispute to legal proceedings already underway.