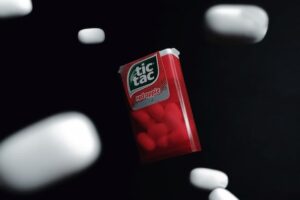 A three-dimensional trademark, featuring the shape or packaging of a product is valid, provided that this shape is not exclusively technical or practical in nature. Otherwise the shape would be necessary and therefore not protectable. This principle stands out in a decision of the Court of Appeal of Paris dated 15 February 2022.

FERRERO, which has been manufacturing and distributing TIC-TAC candies since 1971, is the owner of an international three-dimensional trademark designating France and two French three-dimensional trademarks. The company contested the participation of the Polish company BMB at the international food trade fair in Paris, and had a seizure carried out on a candy box similar to the famous TIC-TAC box. By deed dated 16 November 2016, FERRERO summoned BMB before the Paris TGI (High Court of First Instance) for trademark infringement and unfair and parasitic competition.

The court upheld these claims in a judgment dated 7 June 2019, and BMB appealed the decision. The Court of Appeal reaffirmed the validity of the three-dimensional mark, and concluded that the appellant’s goods constituted acts of infringement and unfair competition.

1. The affirmation of the validity of the three-dimensional trademark as a purely aesthetic object

The court referred to the previous 1964 French law on trademarks and to Article L.711-2 of the French Intellectual Property Code, according to which the distinctive shape of the product or its packaging is considered a trademark, provided that this sign does not consist exclusively of the necessary or generic designation of the product or service.

To recall, the appellant used the presence of a lid to demonstrate that this mark consisted exclusively of the necessary designation of the product. It claimed that the opening and closing system was evident in the trade mark application and that the FERRERO companies had always presented the sign as having a flap lid and highlighted the existence of this element in their advertisements. In support of its claim, it added that the trade mark merely incorporated the patented solution, and that the three FERRERO patents demonstrated the technical and functional nature of each of the elements of the registered sign. The defendant retorted that the trade mark was a purely aesthetic object and form, and did not in itself show any technical result or form necessarily imposed by the function or nature of the goods designated.

The Court ruled in favour of the defendant, stating that, although the box as filed showed a recessed part in its upper part, the system for opening or closing the box was not apparent and this recessed part did not show any technical or functional result, regardless of the fact that the FERRERO companies had communicated the opening of a box of candies in their advertising, the validity of the trademark having to be assessed solely on the basis of the representation filed. As for the French trademarks whose shape associates the above-mentioned box with the small coloured oval sweets it contains, these are distinctive, thanks to a study revealing that a picture showing these small sweets was spontaneously attributed to the TIC TAC trademark by 70% of the 1073 people questioned.

2. A reminder on the assessment of the risk of confusion

The Court invoked Article L.713-3 b) of the French Intellectual Property Code in its old version. It recalled that the likelihood of confusion must be assessed by reference to the trademark registration, and that only the conditions of use of the contested sign and the marketing of the allegedly infringing goods must be taken into account, in respect of which the perception of the relevant public will be examined by reference to the sign and the goods and services referred to in the application.

This risk must also be analysed globally with regard to all relevant factors, and in particular the reputation of the mark. The overall assessment of the similarity of the trademark and the sign at stake must also be based on the overall impression they produce with regard to their distinctive and dominant elements.

The Court found that the comparison between the three-dimensional marks of FERRERO and the boxes presented by BMB shows significant similarities and that the visual differences do not alter the visual impression given by the signs in conflict and are not immediately apparent to the consumer concerned. Thus, the contested products appear to be imitations of the FERRERO marks, which generate a risk of confusion in the mind of the consumer who may confuse or associate the signs and consider that BMB’s products are a variation of the candy boxes covered by the FERRERO trademarks.

3. Clarification of the differences in the assessment of unfair competition and free riding

The court recalls that unfair competition and free-riding based on Article 1240 of the French Civil Code are identified by applying two distinct criteria. Indeed, unfair competition is based on the risk of confusion, a consideration that is foreign to free riding, which requires the circumstance that, for profit and in an unjustified manner, a person copies another person’s economic value which is the result of intellectual work and investment.

From these statements, it asserts that Ferrero, the French distributor of TIC TAC products, is entitled to argue that the acts of infringement committed to the detriment of the Italian company Ferrero, the owner of the counterfeit three-dimensional trademarks, constitute separate acts of unfair competition against it. They have in fact led to a risk of confusion between the products presented by the company and the TIC TAC products. Separate acts of parasitism also result from the fact that BMB unduly sought to take advantage of the strong recognition of the TIC TAC products by the French public

This review of the strict conditions for establishing the validity of a three-dimensional trademark based on its characteristics at the date of filing, as well as the practical consequences that a trademark can draw from them, is welcome news for companies wishing to benefit from the strategic perspectives offered by the filing of such a trademark.

♦ How could Louis Vuitton, a well-known brand, fail to prevent the registration of a competing trademark?