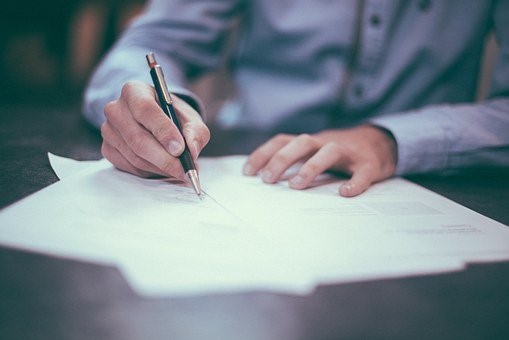 On April 1, 2020, a new trademark action nullity or revocation procedure entered into force, with the PACTE law.

Since April 2020, it is possible to bring an action for nullity or revocation of a trademark before the INPI, a competence so far reserved for the courts.

The INPI’s e-procedures portal now makes it possible to introduce trademark invalidity or revocation requests. These new provisions entered into force with the PACTE law on April 1, 2020.

The procedure is instructed at the INPI by a team of specialized lawyers. It potentially makes unused trademarks available for new actors to use them, and enables to remove invalid trademarks or trademarks contrary to public order.

Applications for nullity or revocation of a trademark are only made electronically through a simple and fast tool, including online help and a secure payment area.

This administrative procedure replaces the procedure for contesting a trademark in court, which remains possible in certain specific cases, such as for infringement actions.

Who can request the invalidity of the trademark?

In the past, it was necessary to justify an interest in taking action to request the invalidity of a trademark. This interest in acting could, moreover, be strictly assessed.

From now on, when the request is based on an absolute ground of nullity, it is no longer necessary to prove an interest in bringing proceedings.

Absolute grounds for nullity relate to the intrinsic value of the trademark. For example, if the trademark is descriptive of the products it designates (such as “white chocolate” for … white chocolate), then any person can request that it be void, without justifying any damage that would be specific to them.

What are the characteristics of the procedure?

The procedure for nullity or revocation of a trademark opened before the INPI is a written and exclusively electronic procedure, accessible via the INPI e-procedures portal.

This procedure is subject to the adversarial principle, allowing the parties to exchange and confront their arguments several times throughout the procedure. The duration of the procedure is therefore dependent on the will of the parties, up to three contradictory written exchanges can be organized.

Finally, said procedure allows the presentation of oral observations. This hearing, at the request of one of the parties or the INPI, is organized at the end of the written exchanges.

Can we appeal the decision?

The decision is subject to appeal before a court, the appeal being devolutive and suspensive.

The decision of the INPI, like a court decision, can be appealed to the Court of Appeal of the applicant’s domicile.

The Parties will have one month to file an appeal, by electronic means, upon notification of the INPI decision. Some mandatory information are required, otherwise the claim could be deemed  inadmissible.

This appeal has a suspensive but also a devolutive effect, which means that the judges will have the obligation to retry the case in its entirety.

During the appeal process, the Parties have three months to hand in their submissions together with all of their substantive claims.

If necessary, a cassation appeal may be lodged subsequently, by the director of the INPI or the Parties.

What is the current state of this new procedure?

This new procedure made it possible to reduce a disparity that existed between France and the European Union, since this option was already offered before the European trademark office EUIPO.

Saving time and money for those who introduce the action but at the same time more risk of seeing your brand attacked if it is vulnerable.

The INPI case law databases show that 131 decisions have since been issued on April 1, 2021 ruling on the revocation or maintenance of a mark and 55 on the invalidity of a mark. It takes about six and a half months for a decision to be rendered.

By its simplicity and speed, the new trademark invalidity action procedure before the INPI helps relieve the congestion in the courts. Thus, decisions can be rendered relatively quickly and above all, more actions will be taken thanks to the limited costs of an administrative procedure.

Benefit from the new nullity and revocation proceedings before the INPI (French Office), Dreyfus can help you!