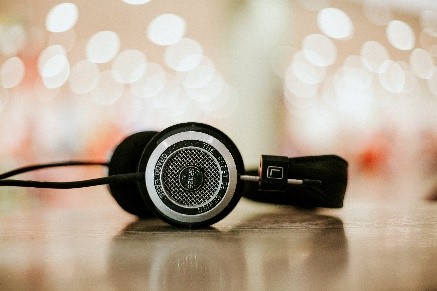 The genesis of this procedure was the European Union trademark application, in the name of Smiley Miley, of the word mark MILEY CYRUS in classes 9, 16, 28 and 41.

Cyrus Trademarks Ltd. lodged an opposition against said application, on the basis of its earlier European Union “CYRUS” trademark No. 9176306, registered for goods in classes 9 and 20.

After the Opposition Division partially upheld the opposition because of the likelihood of confusion, Smiley Miley filed an appeal that the EUIPO rejected.

Indeed, the EUIPO considered that there was a likelihood of confusion in particular because the level of attention of the relevant public varied from medium to high, that, by all means, the goods and at stake were identical and similar, and that, visually and phonetically, the signs were relatively similar.

Were the signs distinctive, different and differentiable?

The key criterion for assessing the risk as a whole is the overall impression that the trademark produces.

The Board of Appeal first tried to analyze the value of a surname compared to a first name and concluded that a surname has a “higher intrinsic value”. Then, the Court considered that neither the first name Miley nor the surname Cyrus are common in the European Union, “including for the English-speaking public”.

Not surprisingly, the applicant denounced this reasoning. The Court of First Instance recalled that these principles cannot be applied automatically, as they are principles drawn from experience and not set in stone. That said, as the singer and actress enjoys real renown, the assessment of the distinctive character of her mark would be less Manichean than it would have been for a trademark based on the first and last names of a non-famous person. In this regard, the Court of First Instance agreed with the applicant, considering that none of the elements of the mark “MILEY CYRUS” was more dominant than the other.

Regarding visual and aural levels, the Tribunal deemed that the trademarks were similar despite their differences.

The delicate examination of the conceptual comparison of signs

The applicant assessed that, due to Miley Cyrus’s fame, the mark was distinct from the earlier trademark. The EUIPO considered that the name and surname of the singer had not become a symbol of a concept.

The Court of First Instance accepted that Miley Cyrus was a character known to the general public in the ordinary course of events (a finding the Board of Appeal did not challenge).

When the Court of First Instance assessed the conceptual meaning of “MILEY CYRUS”, using the Larousse definition of “concept”, its research showed that, given her fame, the singer had indeed become the symbol of a concept.

On the other hand, and insofar as the artist had never performed using her surname alone, even though it is not common, the Court concluded that the public would not necessarily perceive the term “Cyrus” as referring directly to Miley Cyrus.

The Court therefore concluded that the “earlier mark has no particular semantic meaning for the relevant public”. Moreover, insofar as the concepts of the two trademarks were quite different, this had the effect of blurring their visual and phonetic similarities.

The law established that to qualify a likelihood of confusion, there must be an identity or similarity of the signs and an identity or similarity of the goods and services designated. Here, the Court of First Instance’s reasonings allowed to discard the likelihood of confusion between the two marks; the star entered the European Union trademark registry under No.012807111.

This decision serves as a reminder that great conceptual differences between two trademarks can benefit an applicant. This case also adds to the list of cases where the fame of names has allowed visual and phonetic similarities of signs to be easily dismissed.

♦  Towards increased protection for authors and performers: what does Directive 2019/790 bring to the harmonization of contract chains?