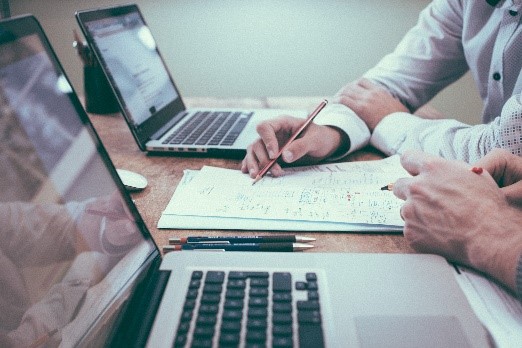 When you are the owner of a well-known trademark and you detect a domain name that is almost identical to it, and moreover on sale for a substantial amount of money, it is tempting to consider that it is a case of typosquatting. However, it is essential to pay attention to details.

The Valeo Group, which specializes in the design, production and distribution of automobile components, and its affiliate, Valeo Services, have experienced this, after filing a complaint against the <valoservices.com> domain name registered in 2018, which was offered for sale for EUR 2288.

The applicants were respectively registered in 1955 and 1987 and the name VALEO was adopted in 1980. Together they have 59 research centers and 191 production sites. They have received numerous awards for their products. They also own several word marks based on the “VALEO” sign, notably in France, the European Union, China and the United States, and also hold semi-figurative marks including the name “VALEO SERVICE”. Finally, they operate the domain names <valeo.com> and <valeoservice.com>.

The respondent, who answered the complaint, describes himself as an engineer based in the United States who has a large portfolio of generic domain names.

The respondent believes that there is no likelihood of confusion between the disputed name and the complainants’ trademarks. It explains that “valo” means “light” in Finnish and that a search on the sign “VALO” on Google or on trademark databases does not reveal any trademark including “VALEO”.

While these arguments, especially the second one, are interesting, they have no place in the analysis of the likelihood of confusion between a trademark and a domain name, which consists of a simple side-by-side analysis of the two names. Since the omission of the letter “E” can be perceived as a spelling mistake, the expert considers that there is indeed a similarity between the signs.

After this first step, the expert does not address the issue of the defendant’s rights or legitimate interest, but directly addresses the issue of bad faith. On this point, the applicants state that their trademarks are very well known and rely on decisions of the Chinese and European Trademark Union Offices as well as on old UDRP decisions.

The Respondent reiterates its arguments regarding the use of the Finnish language and its clearance searches. The respondent states that it has several domain names in a foreign language or containing the term “service”.

The panelist is skeptical about mixing Finnish and English in a domain name but considers the respondent’s research that shows that a query on “VALO” does not lead to the complainants and the fact that many companies around the world are named VALO or have adopted a name beginning with VALO. Therefore, the complaint is dismissed. However, the expert points out that it is always possible to turn to a more appropriate procedure. The Panel also rejects the Respondent’s request to characterize the complaint as a reverse domain name hijacking.

Thus, it is advisable to put oneself in the shoes of the reserving party to determine whether he could have had knowledge of the trademarks, in particular by taking into account his country of origin and the field of activity in which the trademark is renowned. In this respect, the expert notes that the car parts sector is relatively discreet.

♦ Why is the well knownness of an earlier trademark not enough to qualify bad faith ?